The Féval block, a tertiary complex in the Eurorennes ZAC in Rennes 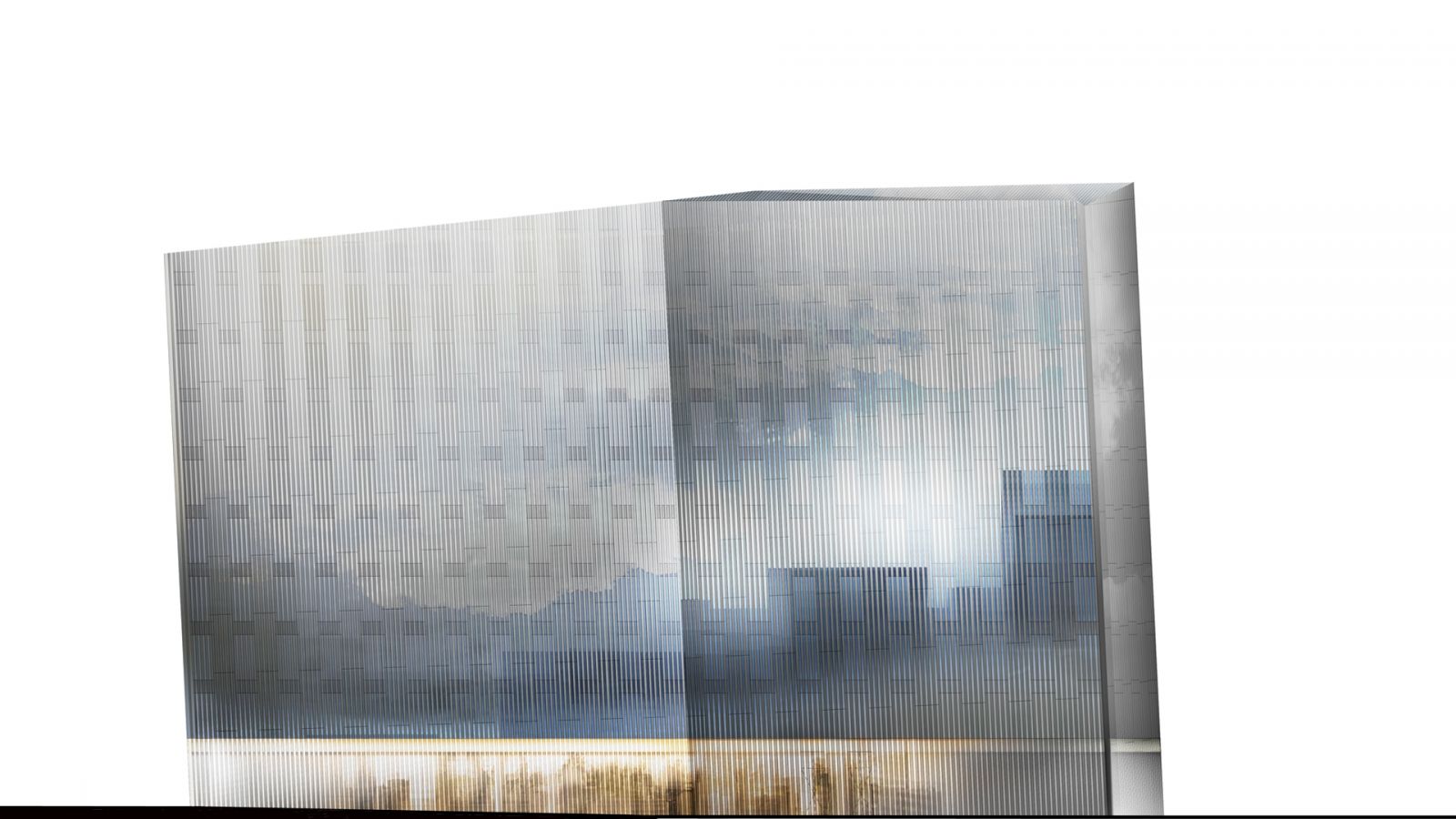 The Euro-Rennes programme for the station's development benefits from the multimodal connection created in particular by the arrival of the Paris-Rennes high-speed train and the expected convergence of the two metro lines. This business district, which continues to redevelop the station, has a high profile. The programmed urban outline is strongly marked by free and expressive urban forms.
It is in a team of 3 large agencies that the project is being developed alongside ADIM to multiply the architectural visions of the 3 buildings on the block.
Among them, the building visible on the railway track and the Alma Bridge, a 7-storey tertiary building on a commercial base, designed in the form of a "steel prism", have a slope that visually accompanies railway movements.
The façades, silkscreened vertically by silver coating, ensure their role as sun filters and contribute to the building's excellent thermal classification.