Construction of the new Pavilion H in the classified site of the Edouard Hériot Hospital. 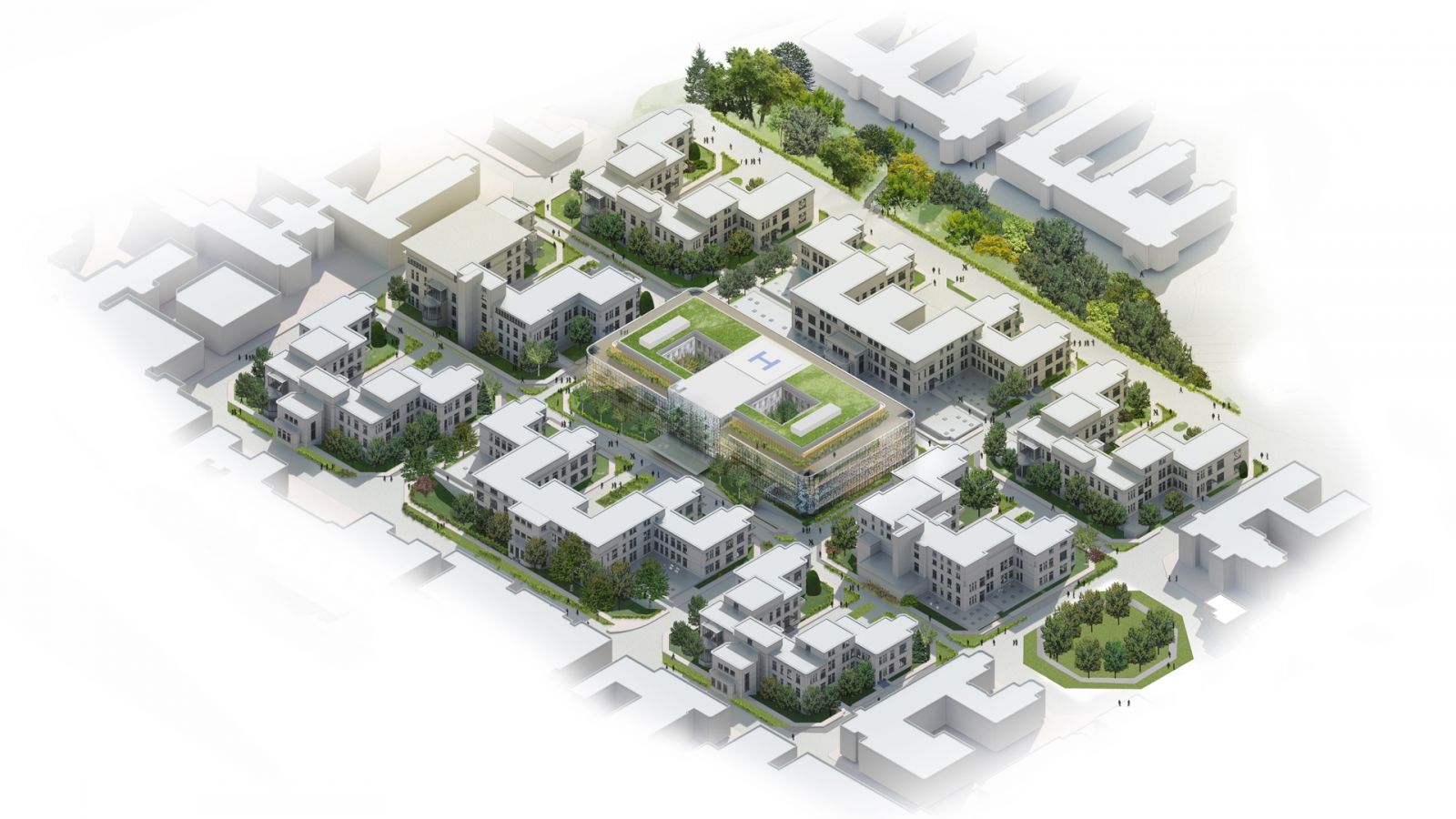 Rebuilding Pavilion H in Tony Garnier's once innovative medical city in an era where hospital concentration is rampant is, beyond the unprecedented, perhaps a way forward. Because it must be admitted, if today's large unit equipment can suffer from a certain spread, here, the concentricity of this new technical platform offers extremely effective functionalities around its vital axis. This may herald the future of a zero bed outpatient hospital or convalescence, facilitated by the advent of digital technology, would take place elsewhere in the city. It is therefore undoubtedly a beautiful reverence for the virtuoso of the city of the future that the management of the Hospices Civiles de Lyon has decided to revitalize its pavilion hospital in the heart of the city.
The functional margins of manoeuvre are limited in this exercise, the limits are already set by the organization of the block, the number of floors imposed by the ceiling of the neighbouring pavilions and the functional provisions dictated by the proximity of the emergencies within Building N.
Edouard Heriot Hospital is based on Tony Garnier's functionalist concept of the ideal city. This concept was based on the idea that each building had a specific function and architecture. In this city, the repetitive architectural design of the pavilions was due to the uniformity of their accommodation function, which hygiene led to fragmentation and where the opening of spaces to light and the work of plants presided over the choice of composition.
Building a highly medico-technical building, a program that did not exist at the time, encourages us to play with the initial urban rule, without trying to mimic or erase ourselves but by applying ourselves to writing a liberated, specific, but respectful contemporary architecture.
The façades, all clad in glass, accepting all kinds of occupation for the coming times, deliberately disengage from the signifier of the heavy hospital function, the intervention platform. Silkscreened with a silvery floral design inspired by the works of traditional silk manufacturers in Lyon, the façades interact with their heritage and plant context through a complex interplay of reflections and transparencies.
The architecture is resolutely contemporary and sophisticated without cheating on the historical urban rule so that the hospital can enter the 21st century with efficiency, elegance and respect.