168 Housing units on the site of the Banque de France 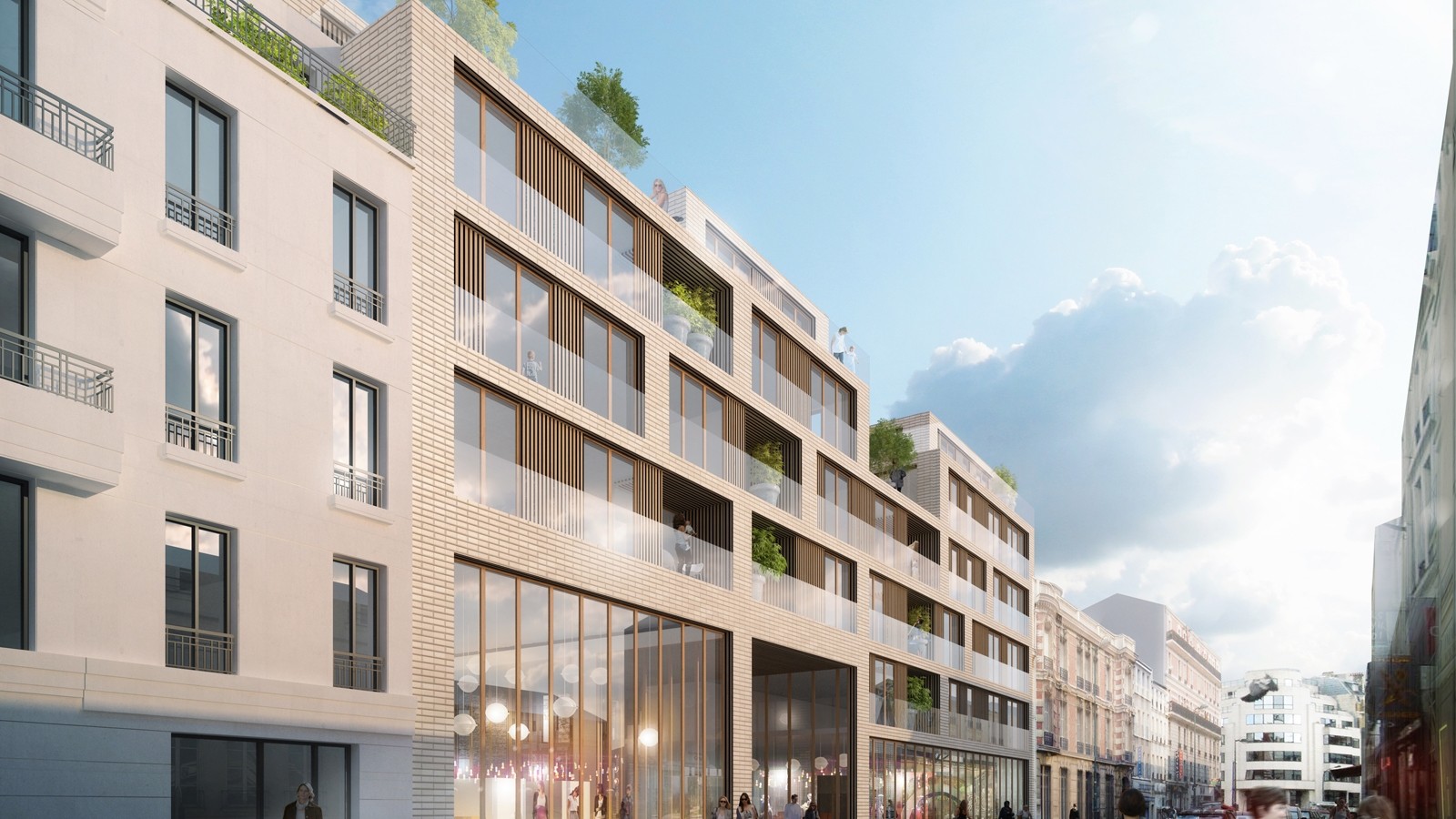 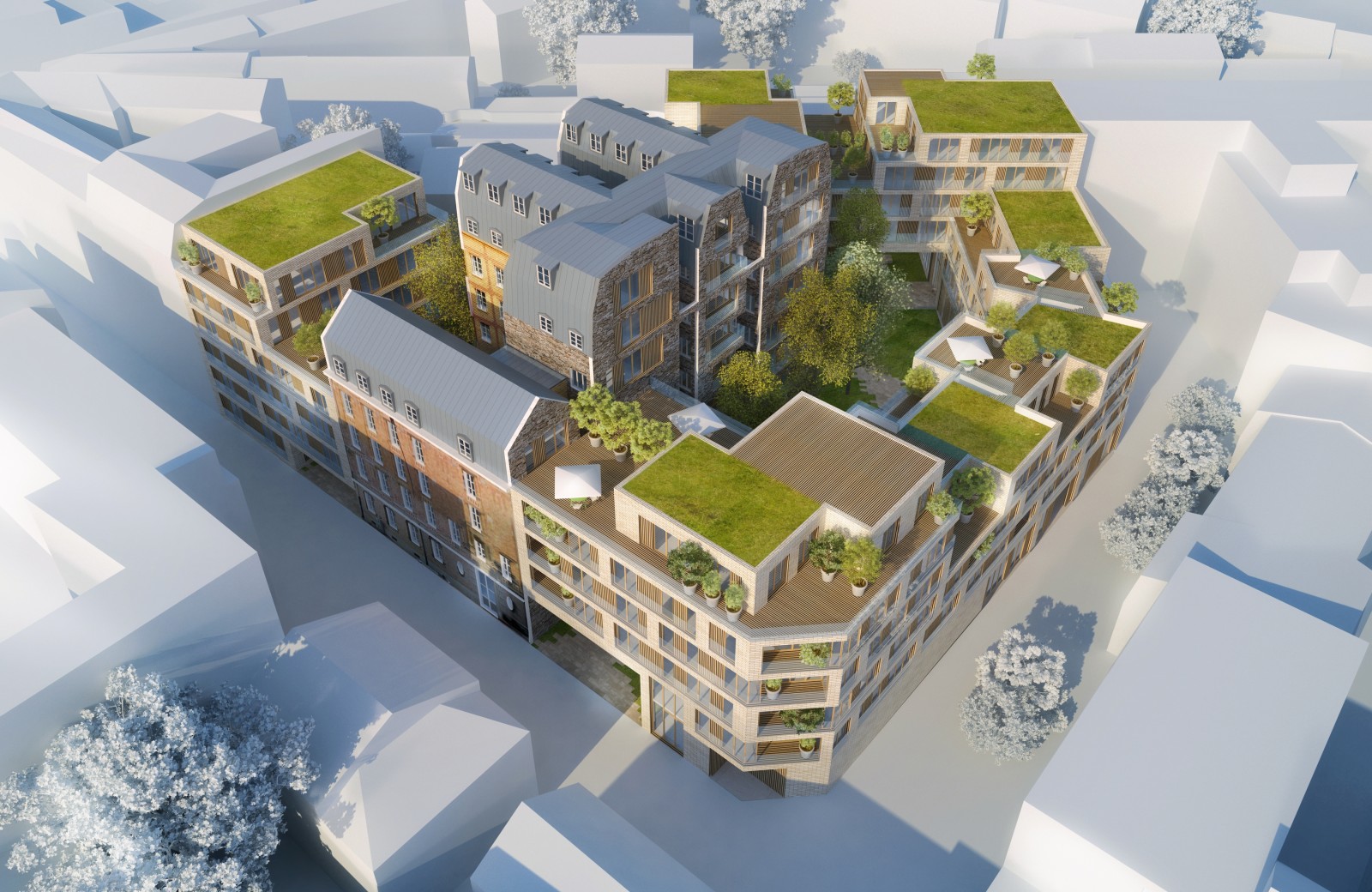 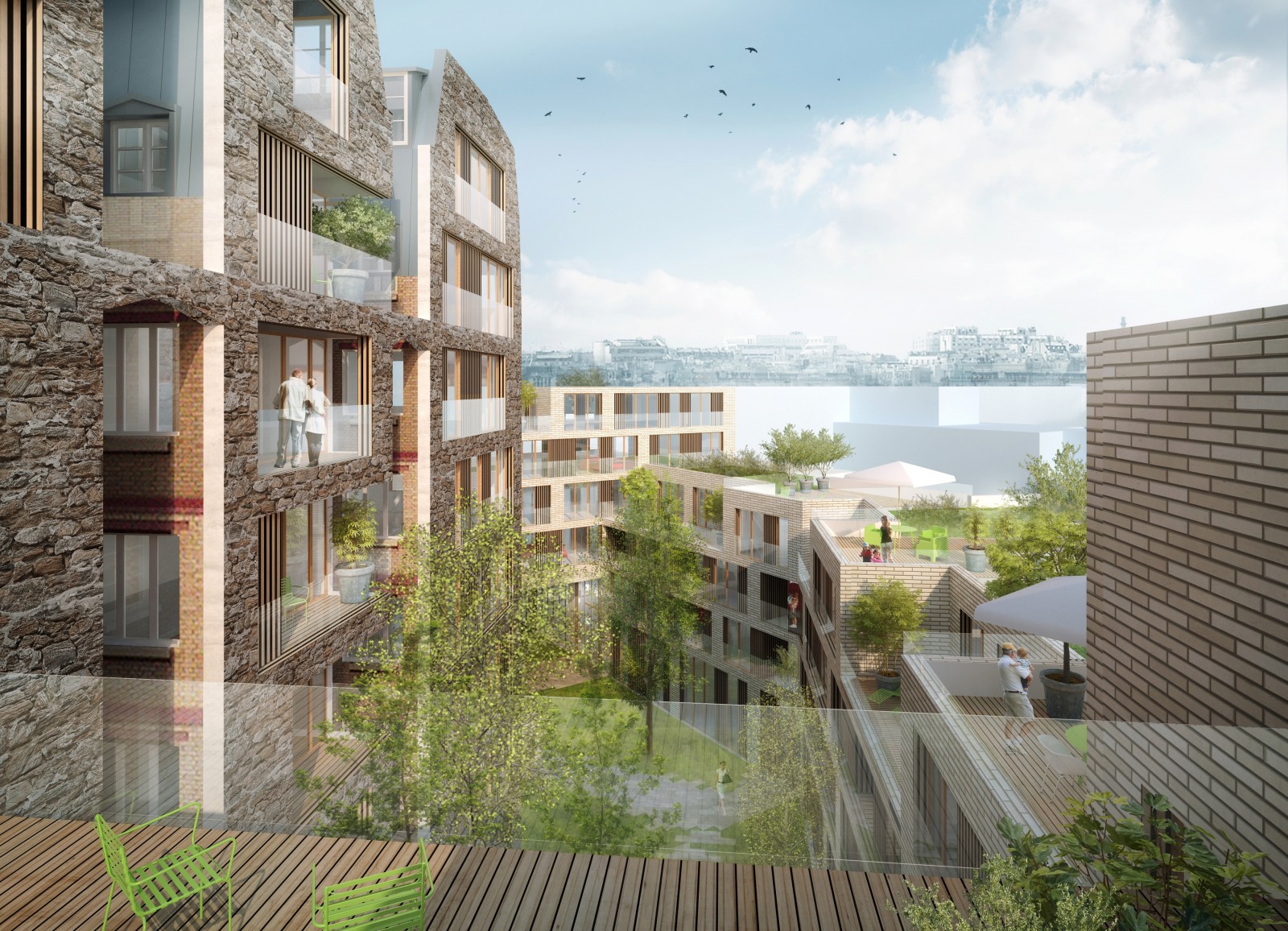 168 Housing units on the site of the Banque de France

Between Grande rue Charles de Gaulle and rue Bapst, this block is located halfway between the Asnières Town Hall (200m) and the Asnières train station. It is at the articulation of several scales, that of the shopping street on one side, and on the other, more confidential and exclusively residential, of variable density and with a gauge in the making. Here are still present the dilapidated buildings abandoned by the Banque de France.
Its organization draws a private landscaped space putting in pedestrian communication the two streets and freeing interior views for the buildings of the parcel as for the neighbors.
The ambitions of the project aim at opening up and magnifying.
To open up by a precise work of cleaning up the existing buildings according to their intrinsic quality (modenatures, quality of the frontages, potentiality of the plans...).
Thus are restored, a building on the Great Street Charles de Gaulle (R+2, brick modenature) and the building of archives (R+7, brick modenature) are restored.
Magnify by the implementation of new buildings highlighting the preserved heritage and which succeed in new seams.
The heart of the block is designed as a park from which the crossing apartments between street and garden benefit.
The attic of all the new buildings is sculpted into a lacy skyline with numerous variations in height (R+2/R+3/R+4/R+5)
The hollowed out bays generate 3 types of filling on a common grid of 0.9 m wide, adapted to all possible uses.
In a loge or on the bare facade, this architecture of varying depths dialogues with the urban and heritage context.