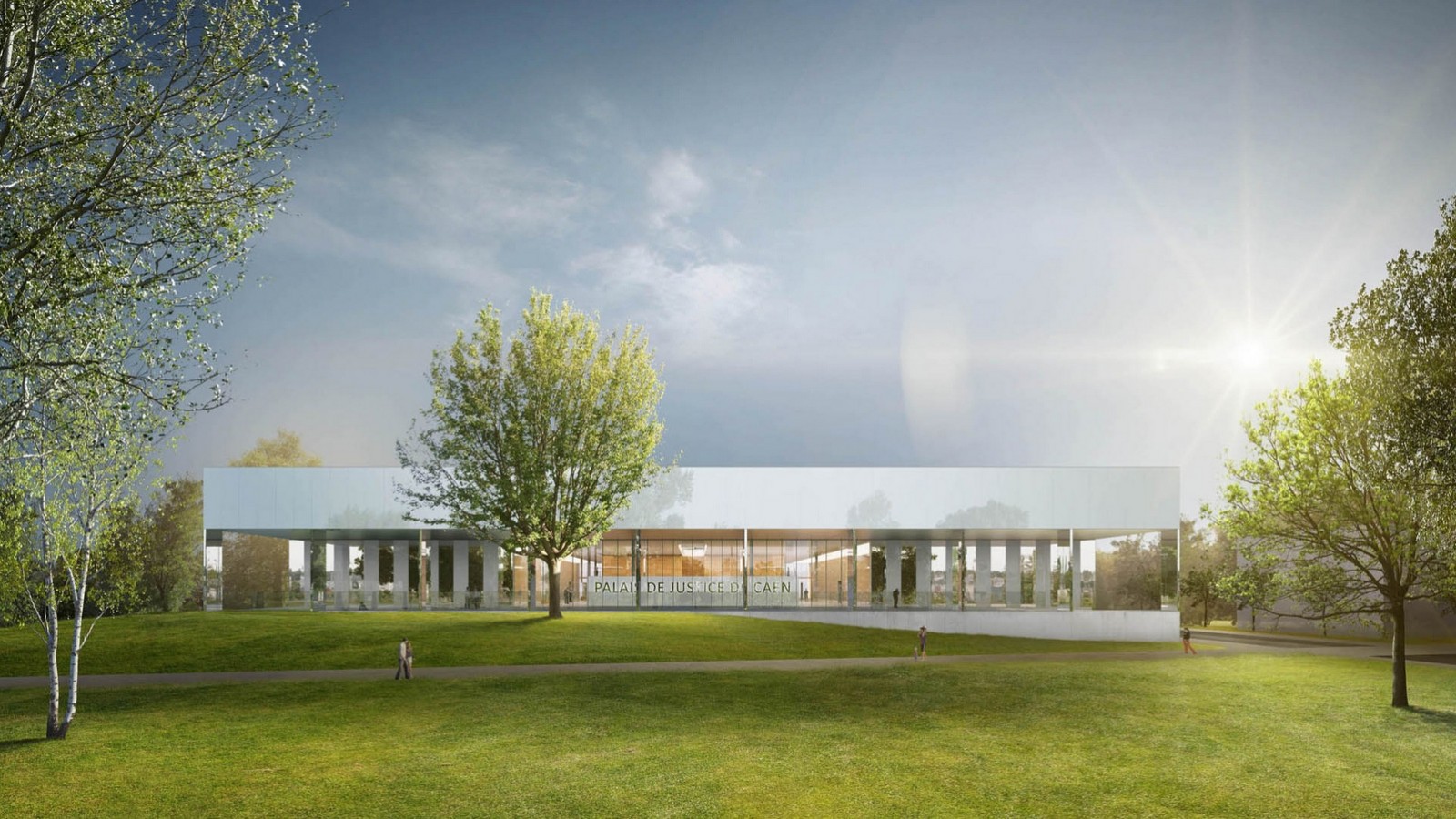 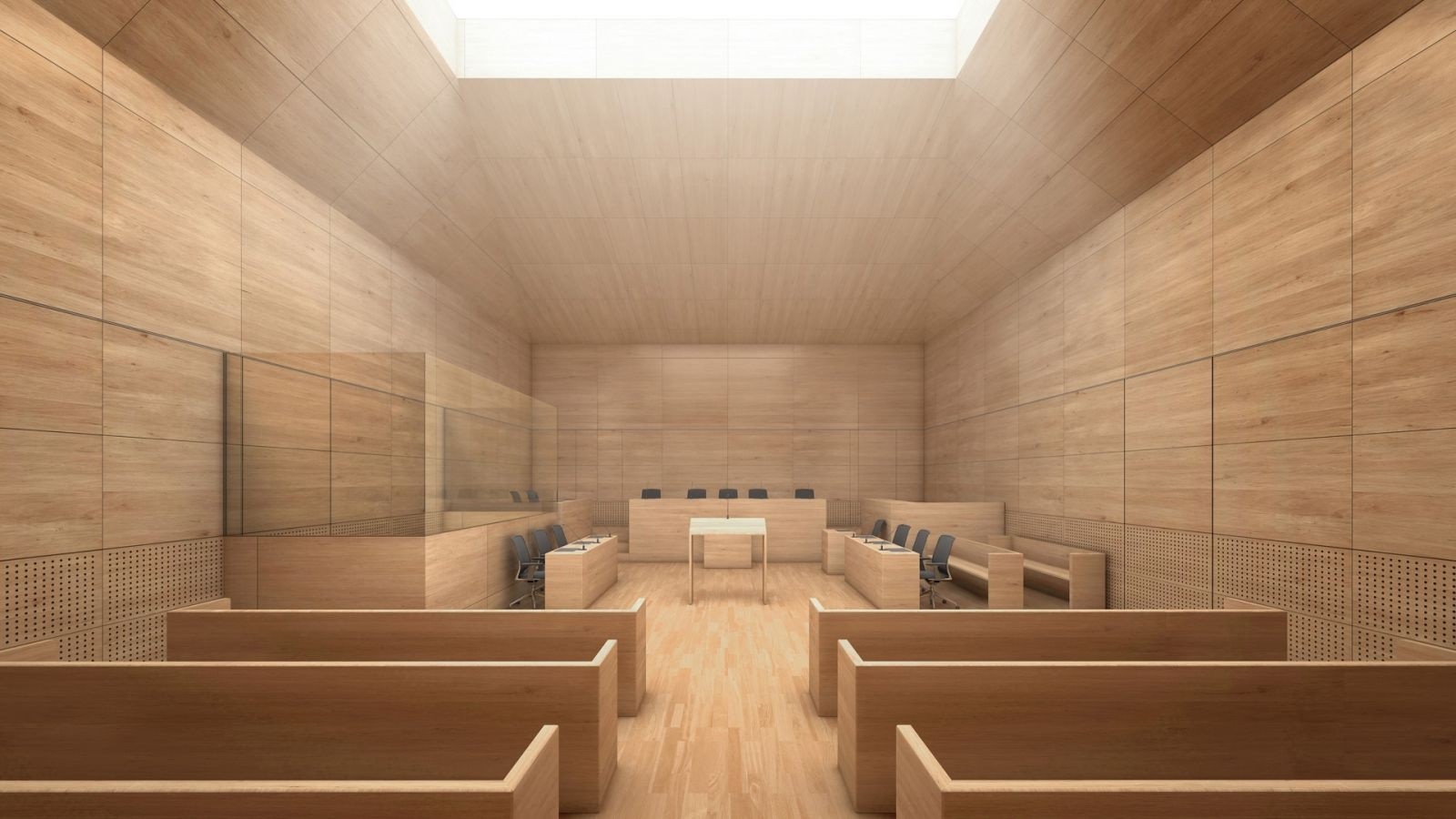 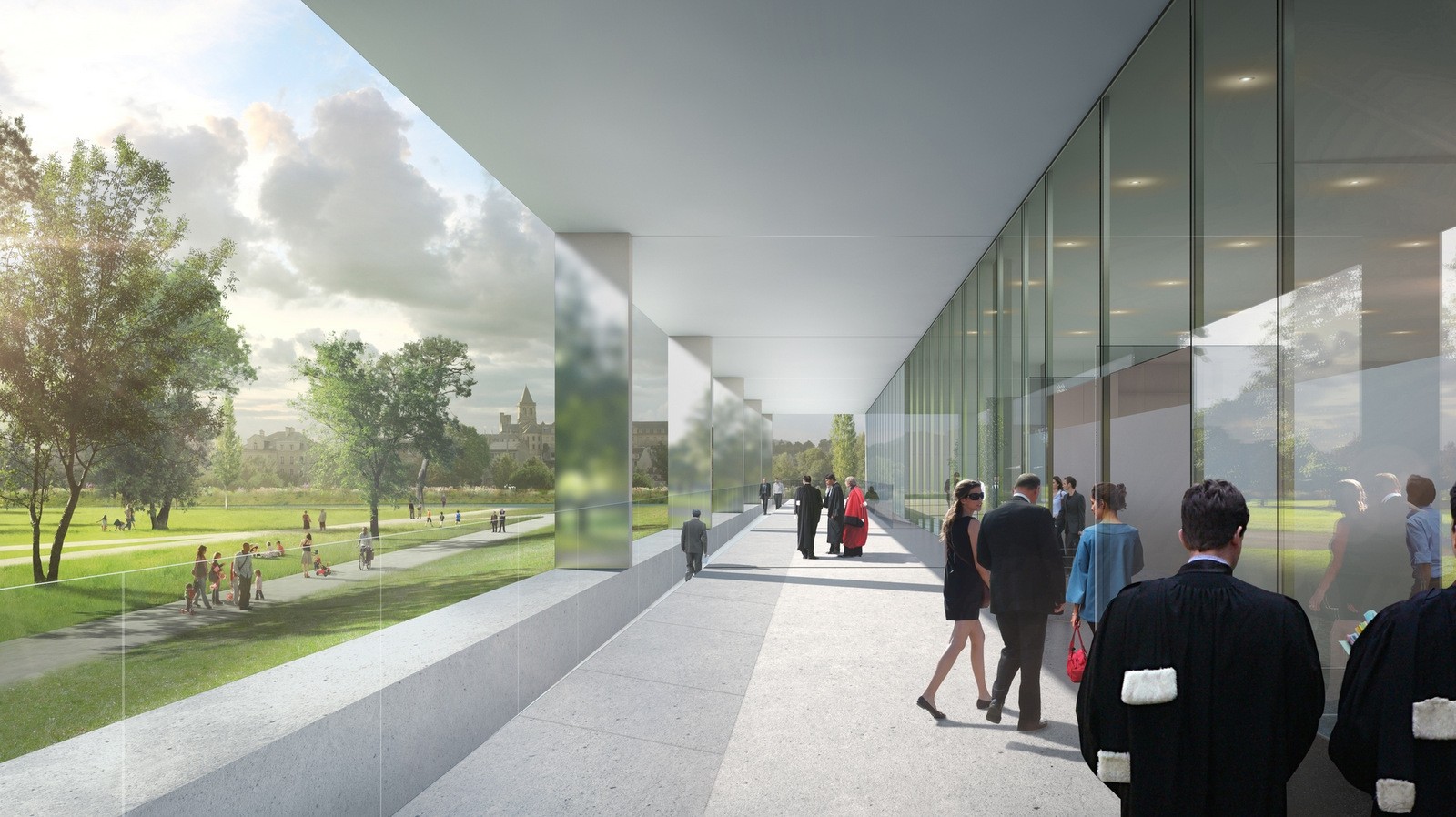 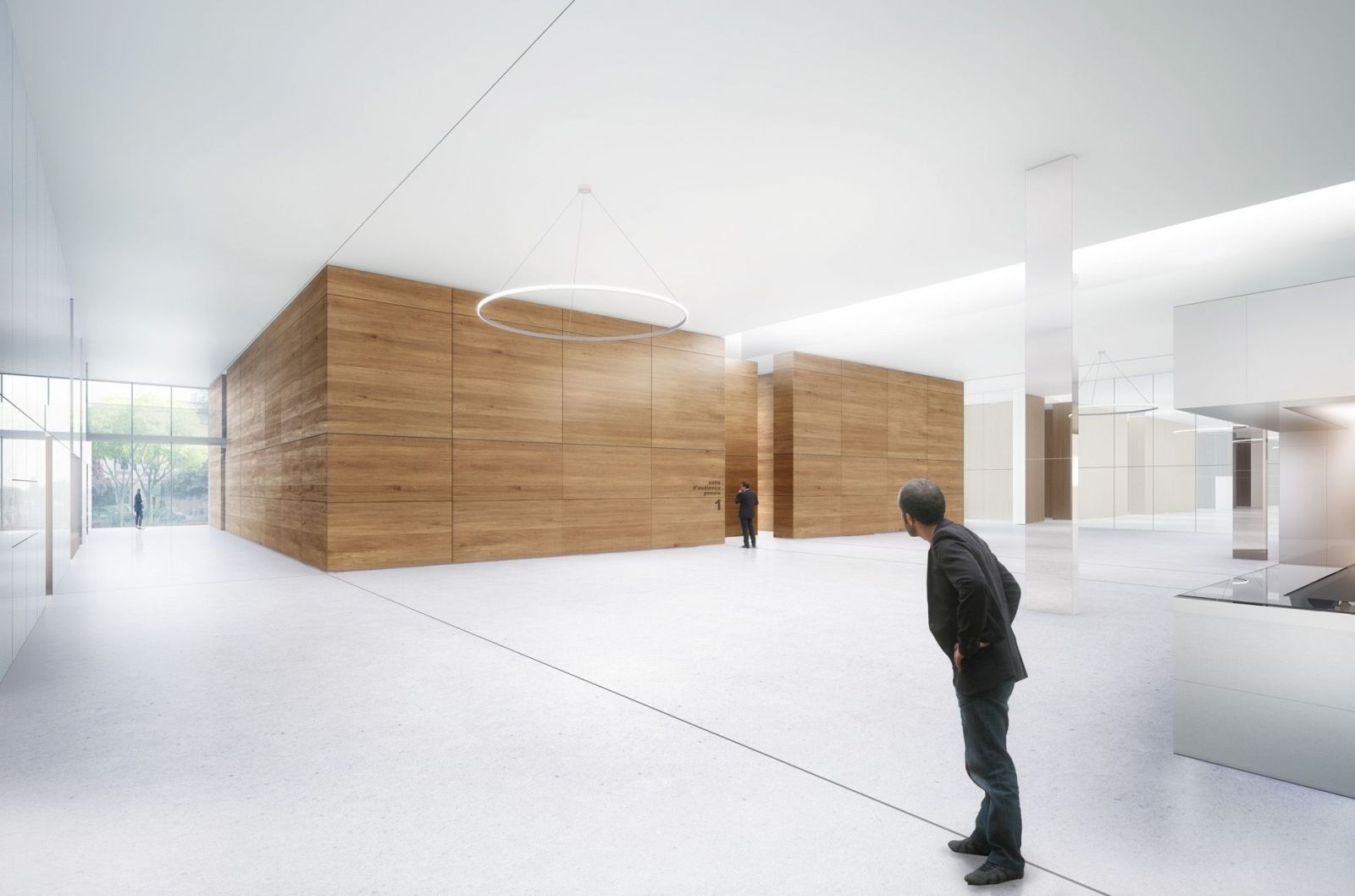 This project for a new courthouse in Caen is part of the redevelopment of the port peninsula. It brings together and reunites the judicial authorities of Caen and thus conveys a strong message about the new image of justice.
The facility is integrated into the urban redevelopment facing the historic city center bordered by the northern banks of the canal and in direct dialogue with the Abbaye aux Dames.
Understanding the constraints of the site and the program guided the design of a simple and rational building. The Palais de Justice thus appears as a calm monolith evoking the stability and authority of the institution.
The Palace thus imposes itself unambiguously on the site. Its emblematic and uniform form stands without detours.
Its white glass mantle, deliberately erasing the inevitable repetition of windows, confers on the volume a chosen, almost secret silence.
The division of the project into three functional layers can be perceived through the elementary morphology of the building:
The base, constituting the first stratum, is the floor of the secured flows. It forms a kind of white concrete stele on which the courthouse rests.
The body (sekos...) constituting the second stratum, is the floor of public flows. The courtrooms and the salle des pas perdus are located here. This floor overlooks the square.
The attic, the third stratum, overhangs the forecourt and houses the user flows.
© Brunet-Saunier Architecture