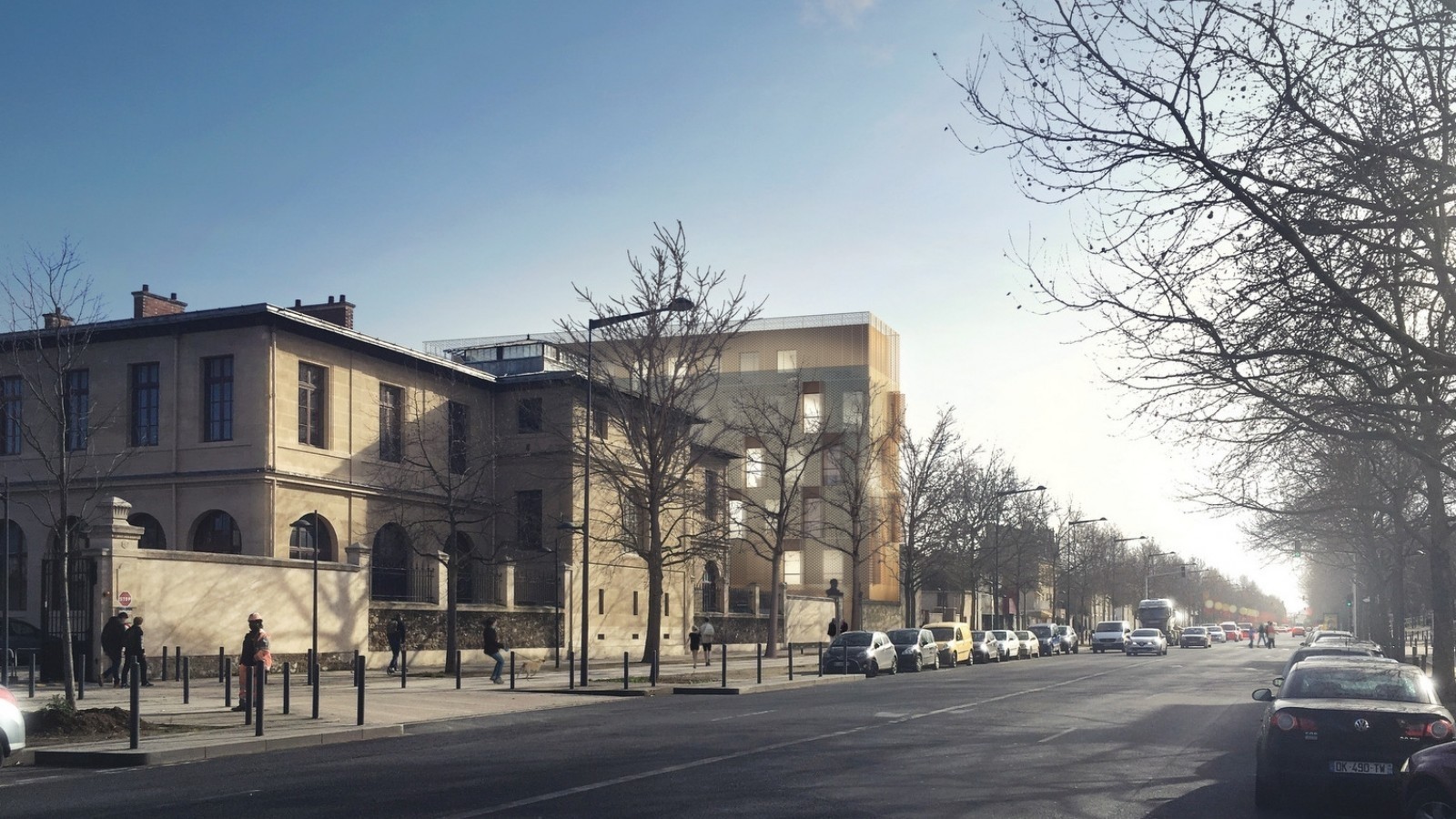 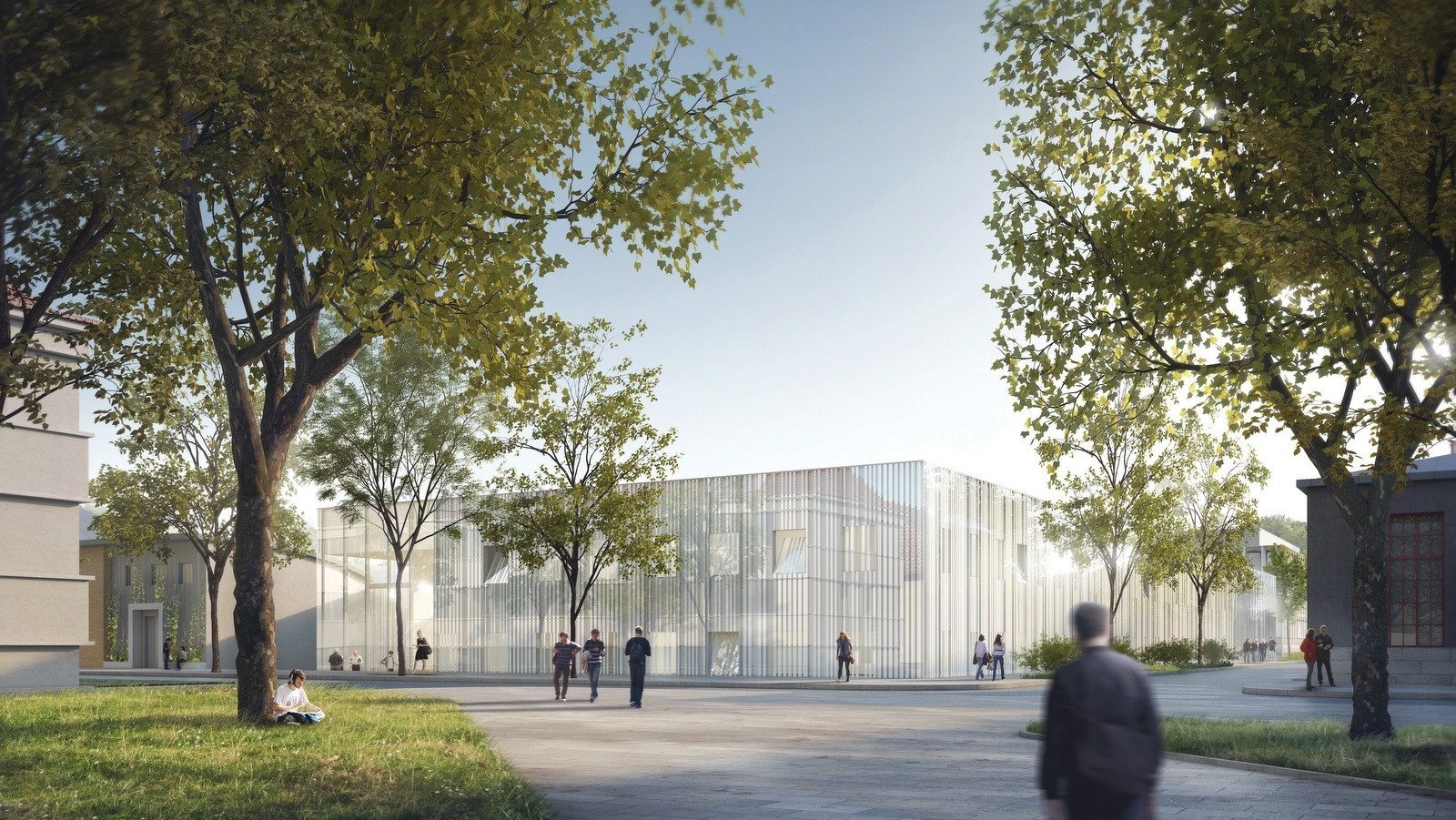 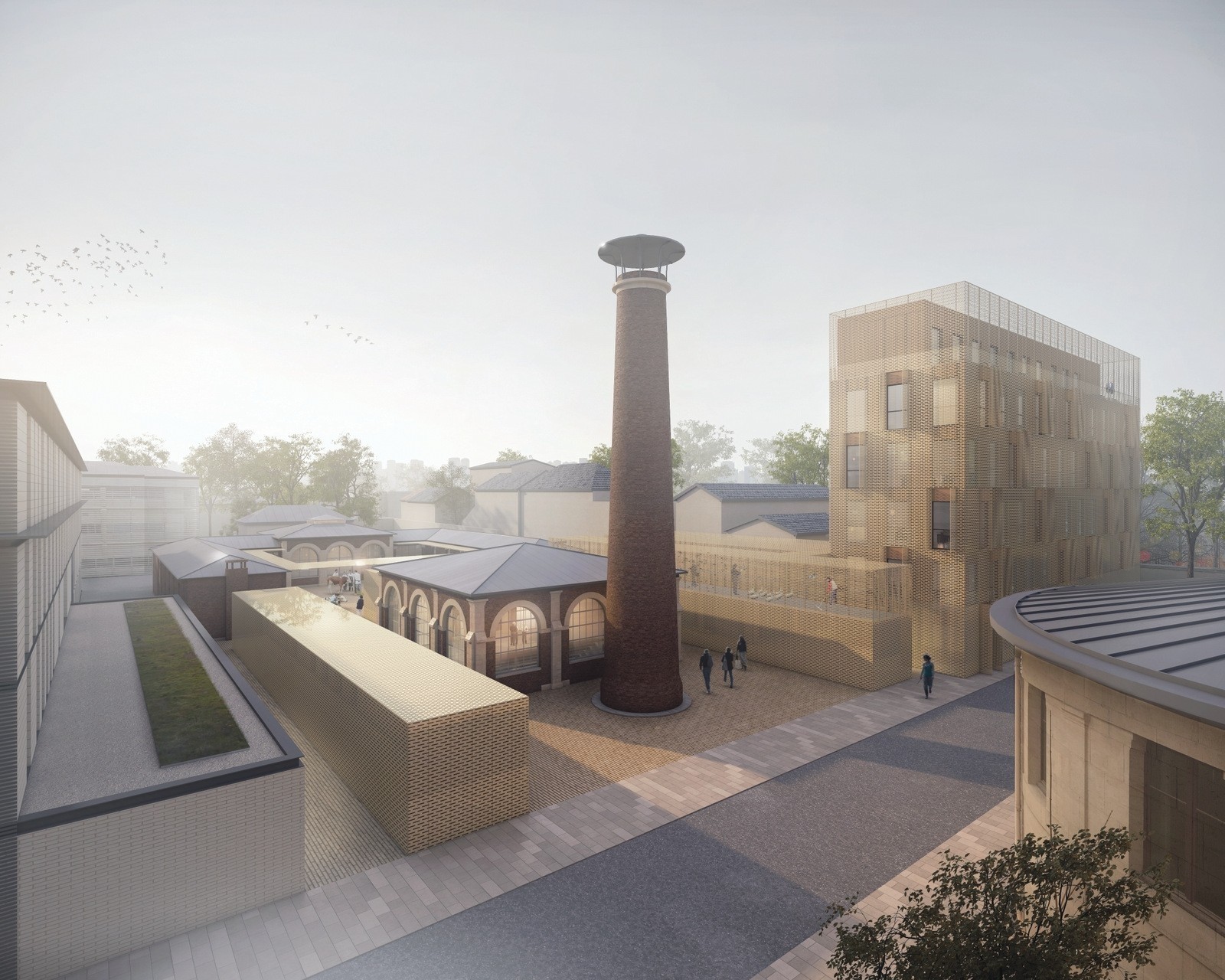 For its historic territory - and the reputation of its teaching - the ENVA has great ambitions.
By defining a real estate master plan, and by undertaking in the short term the construction and/or restructuring of four flagship establishments, it confirms its desire to establish its credentials in the 21st century.
By entrusting two of them - Nocard and Auguste Chauveau - to the same team of designers, it is demonstrating the dynamics it wishes to instil in its future projects. These two facilities - totally distinct in their destinations as well as in their functional and technical requirements - must together serve the same purpose. Together, they must presage the evolution of the site and its image.
But it is with humility that they choose to be part of the past and future history of the site and it is with the elegance of abstraction that they draw an architecture that is both enveloping and evanescent.
The Nocard site, favoured for its proximity to Camille Guérin, with which it will constitute a real clinical centre, must defy a certain number of constraints - heritage constraints since, subject to the vigilance of the DRAC (Regional Directorate of Cultural Affairs), it must contribute to the enhancement of its original buildings and take into account its vis-à-vis with the Blin building, and urban constraints since, subject to the rules of the PLU, it must also take into account the neighbouring parcel occupied by an old housing estate.
And if its densification is therefore delicate, it finally finds all its relevance in the respect of the imposed figures. And sometimes, it is true, in their reinterpretation, provided that this is always motivated by the desire to exacerbate the qualities of the existing site...
This is how the elevation of the west wing, although accepted by the DRAC, was avoided - because of a categorical refusal to modify the roof and because of the desire to preserve the original form of the building. Instead of this solution, which was proposed to accommodate the necessary space on the first floor, a partial underground level was created to accommodate all the functions that could be carried out there.
It is also for this reason that the new buildings are not built in brick, preferring to this proposed material, a unique, softer, silkier material, capable of settling into the site in resonance with the built history. This subtle and poetic resonance is reflected in the use of anodised perforated aluminium sheet in champagne colour. The pattern of the perforations follows the layout of the brick. The brick seems to dematerialise progressively (from the bottom to the top), leaving only the fineness of its joints to be read, and appearing at the end of its ascending journey as a "flayed" material. This stripping down is all the more opportune as it becomes the head of a building, here an aviary, there the simple screen of a belvedere terrace.