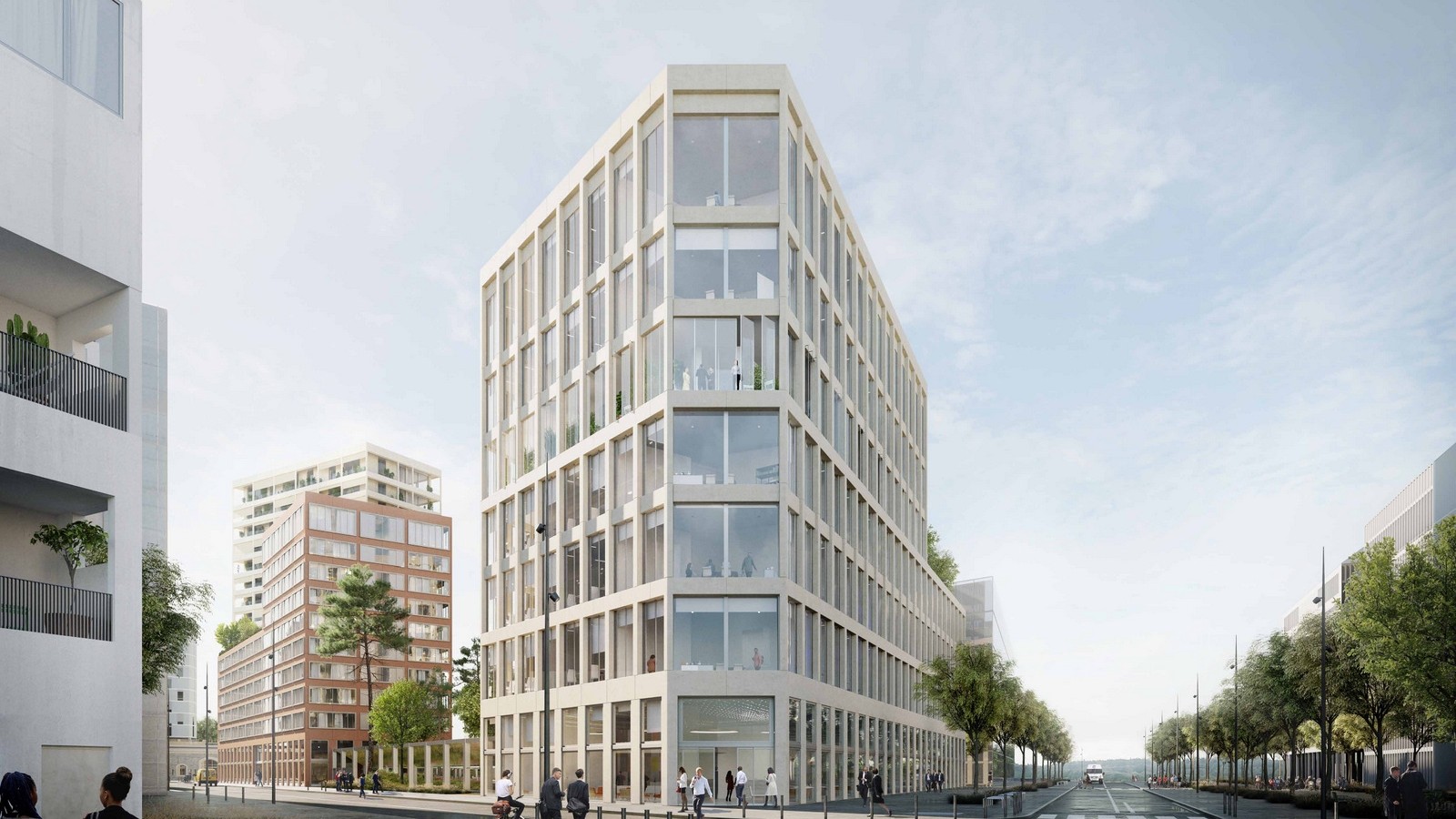 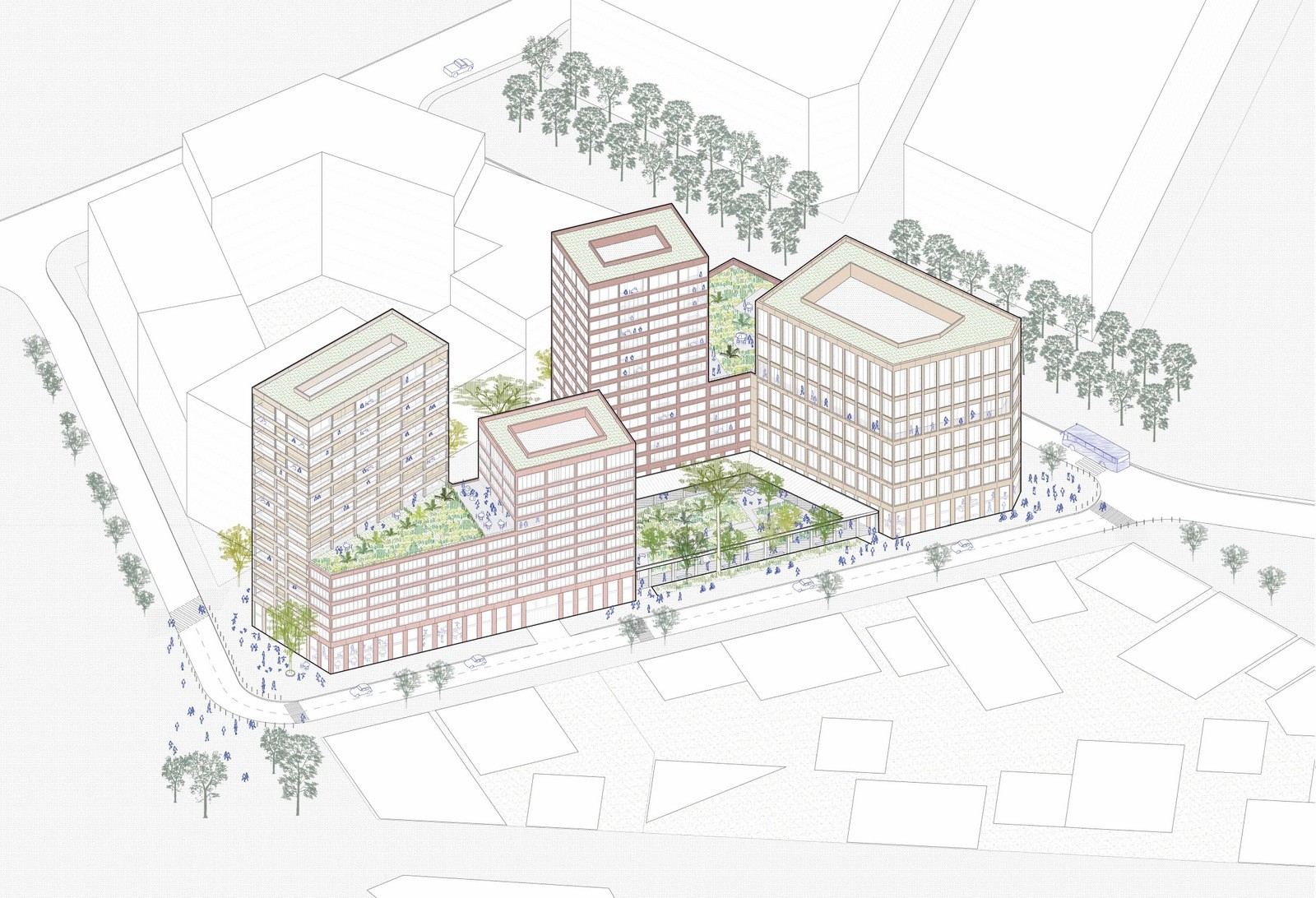 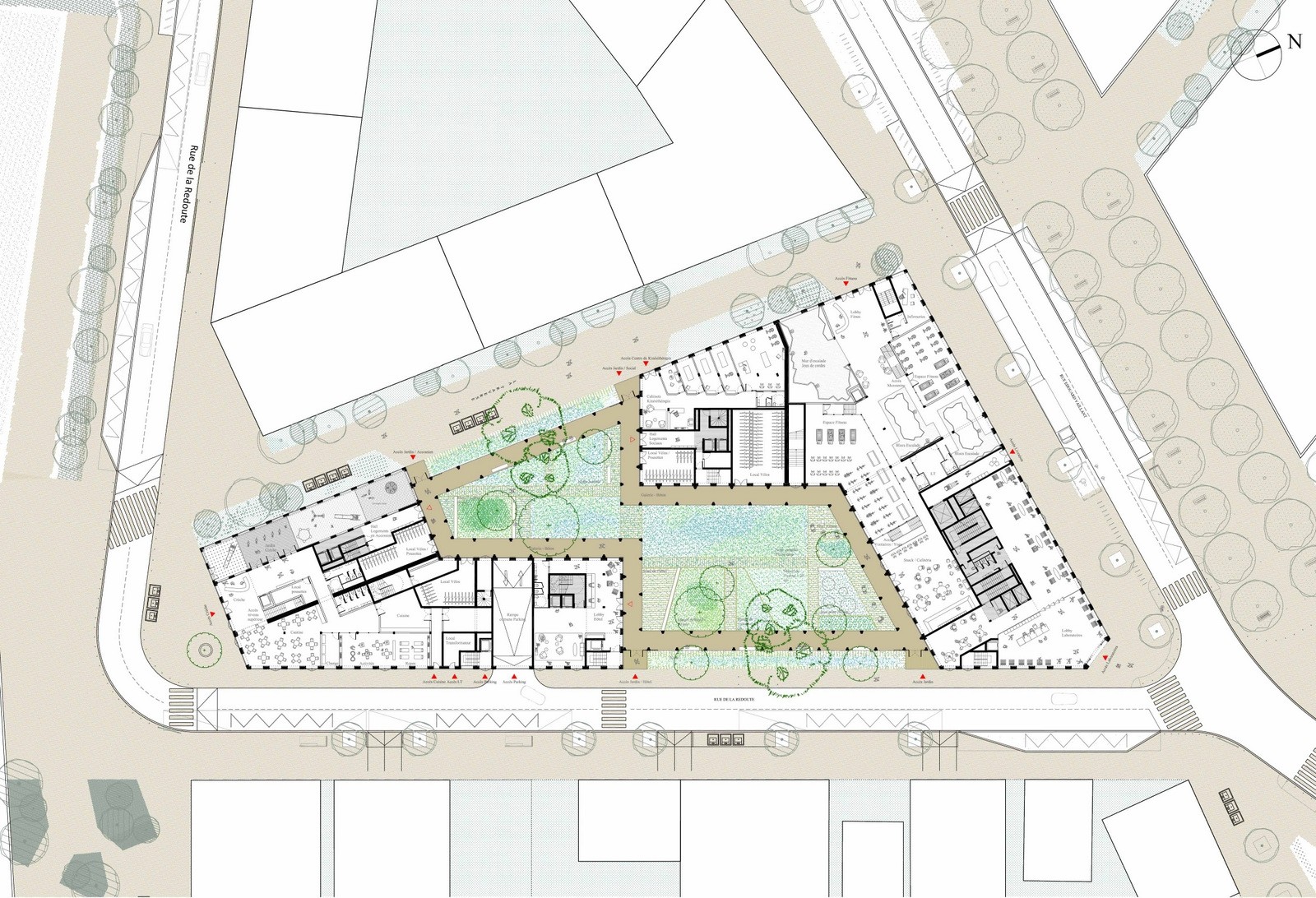 Block D1B is located in the middle of an urban system containing two other entities, the continuous block to the west and the fragmented block to the east. Neither in the bow nor at the stern, it must federate, articulate, ensure a form of continuity and transition. It has two facades on major public spaces in the district, in the South and North. It participates in the active "science and health" programme offered by the islets on the western edge. The present islet seeks to play the game of these urban dispositions by its density and triangular shape, by the stake of views, light and mass balance. As it is at the crossroads of multiple public spaces, it is at the crossroads of daily journeys for many city dwellers and residents. The building takes advantage of this by developing an "active" base on the ground floor with group programs while maintaining the privacy of the upper residential floors.
The proposal is both a system and a figure. The open system of staggered masses makes it possible to organize the internal relations within the block and to inaugurate possible relations with future counterparts: the absence of continuous urban façades, the alternation of full and empty spaces are all possibilities for sunlight and depth of field for the openings of adjacent blocks.