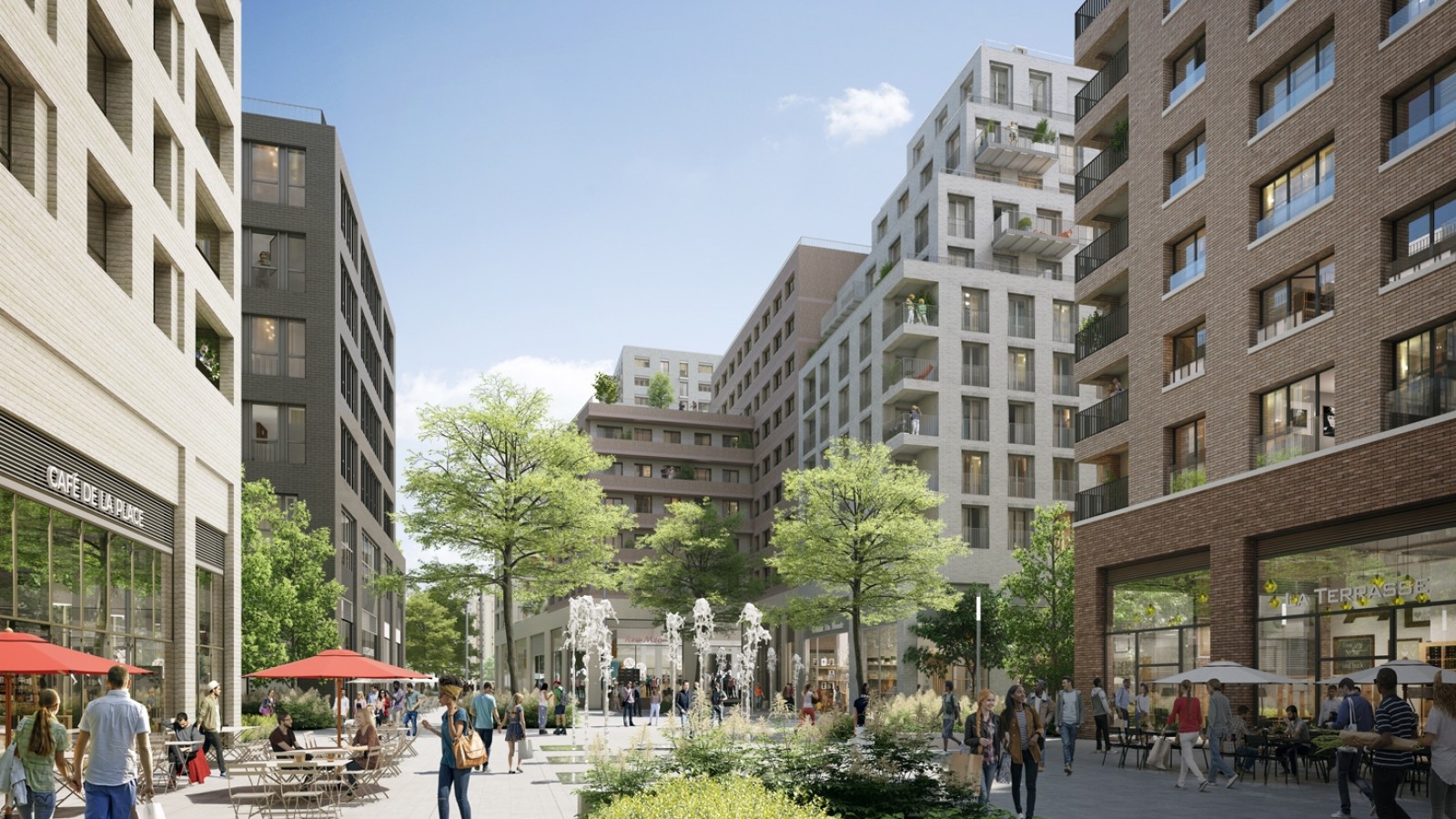 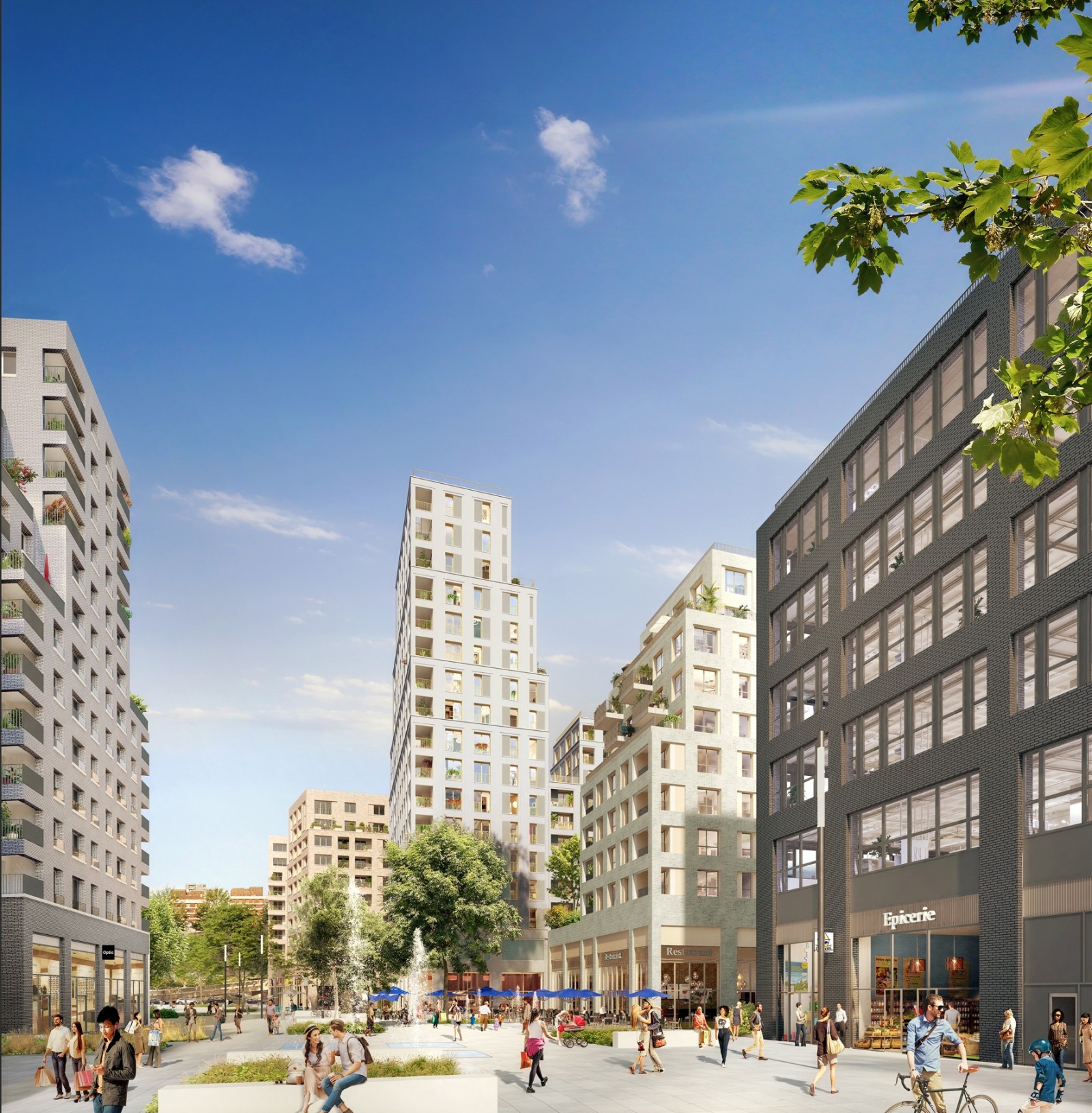 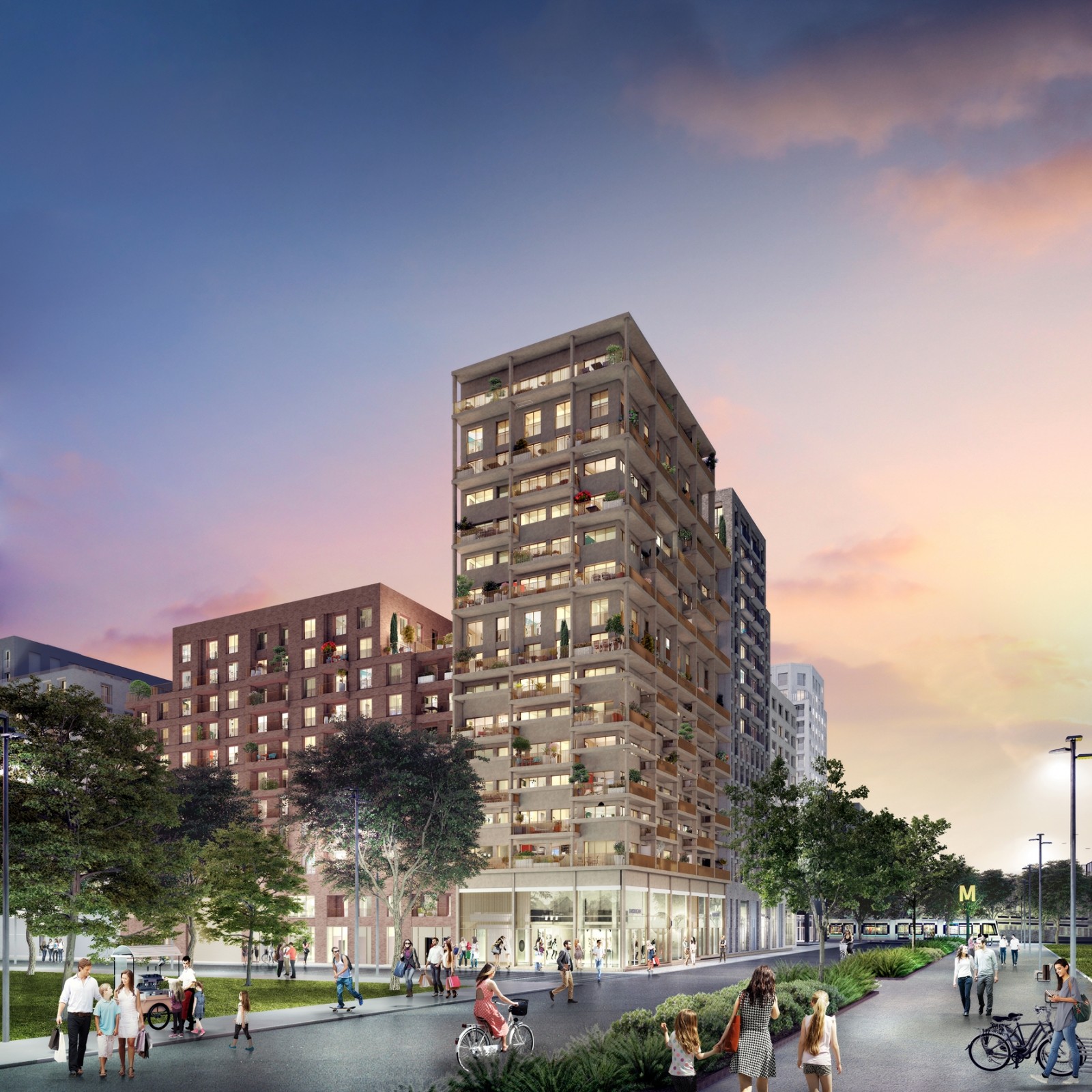 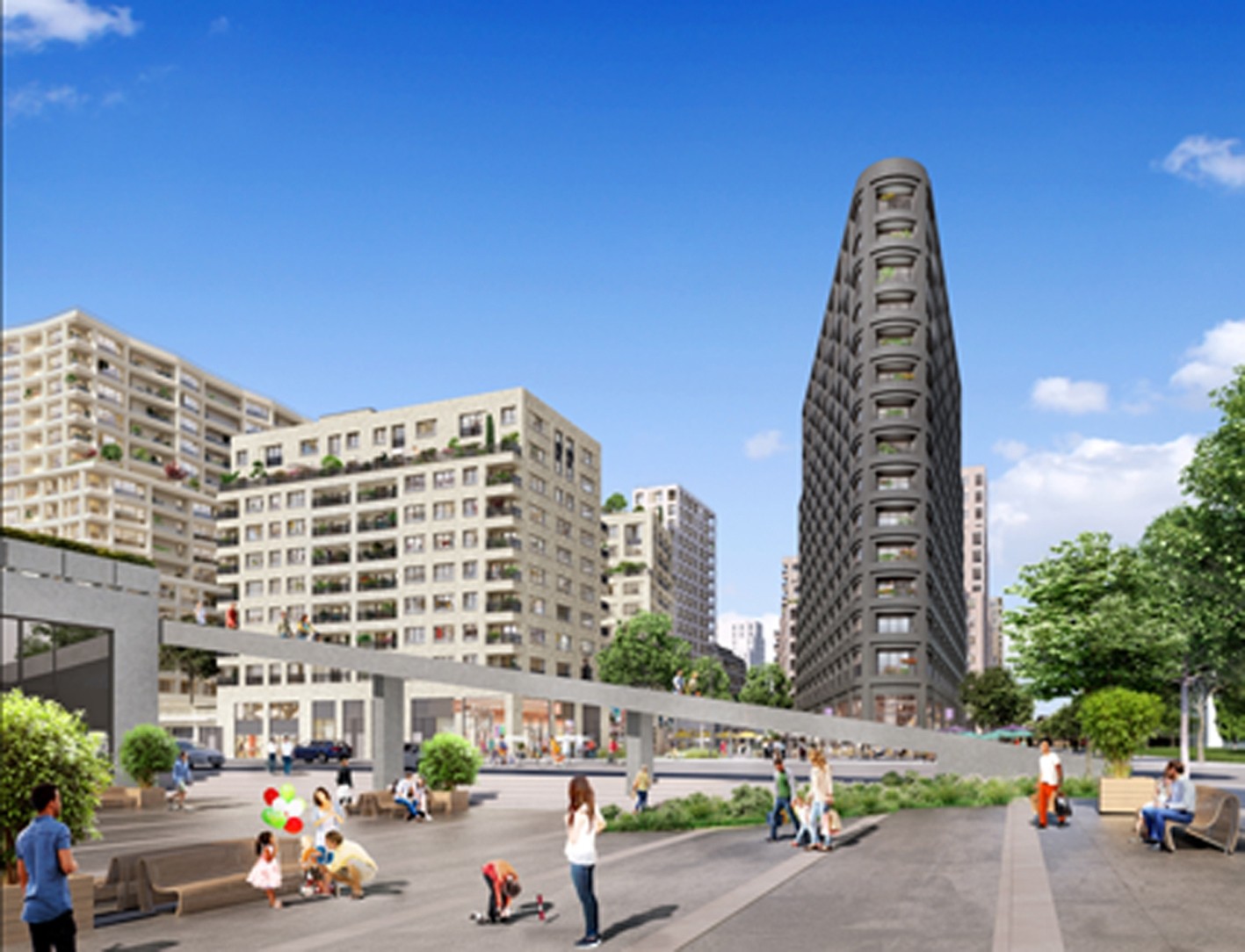 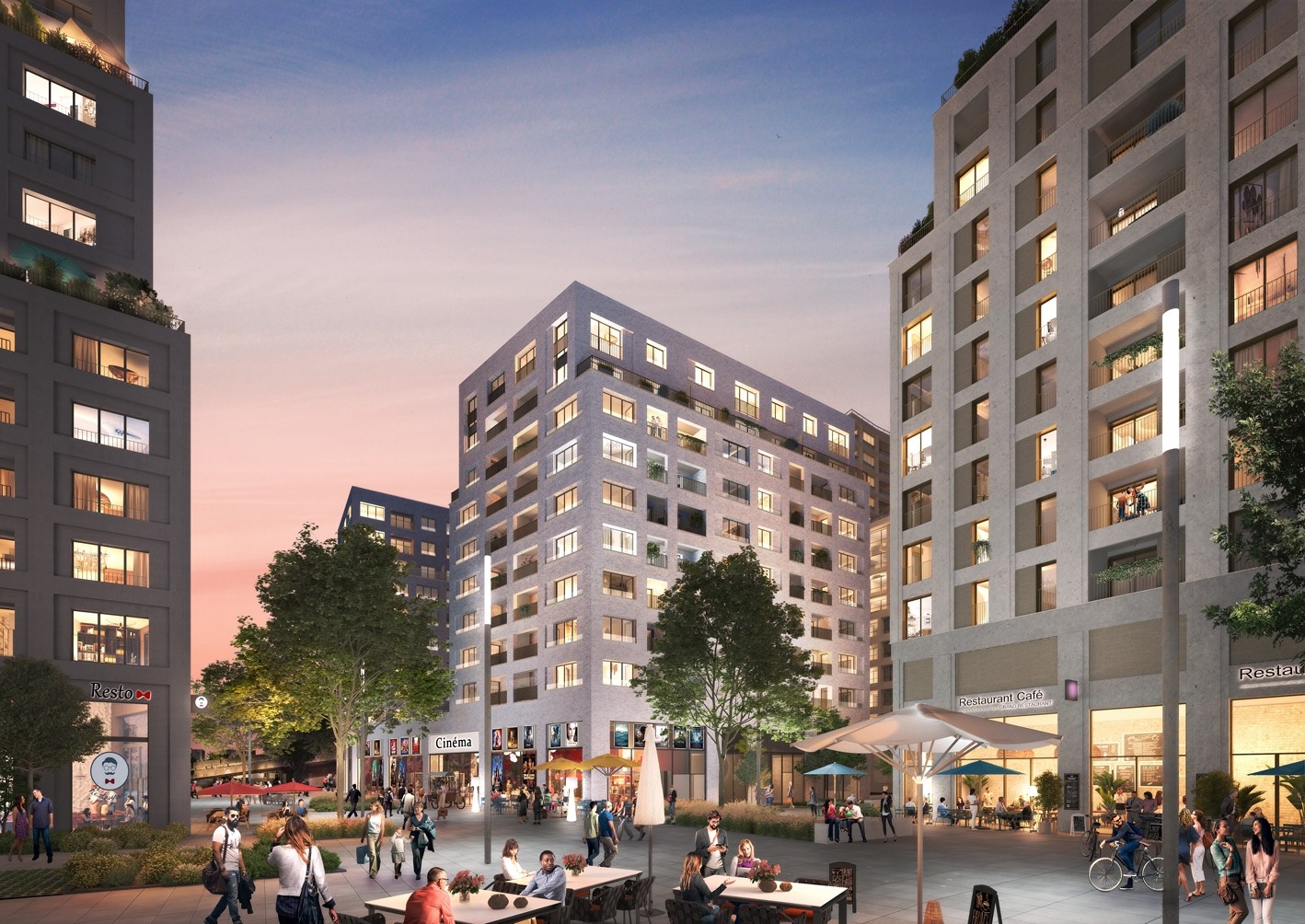 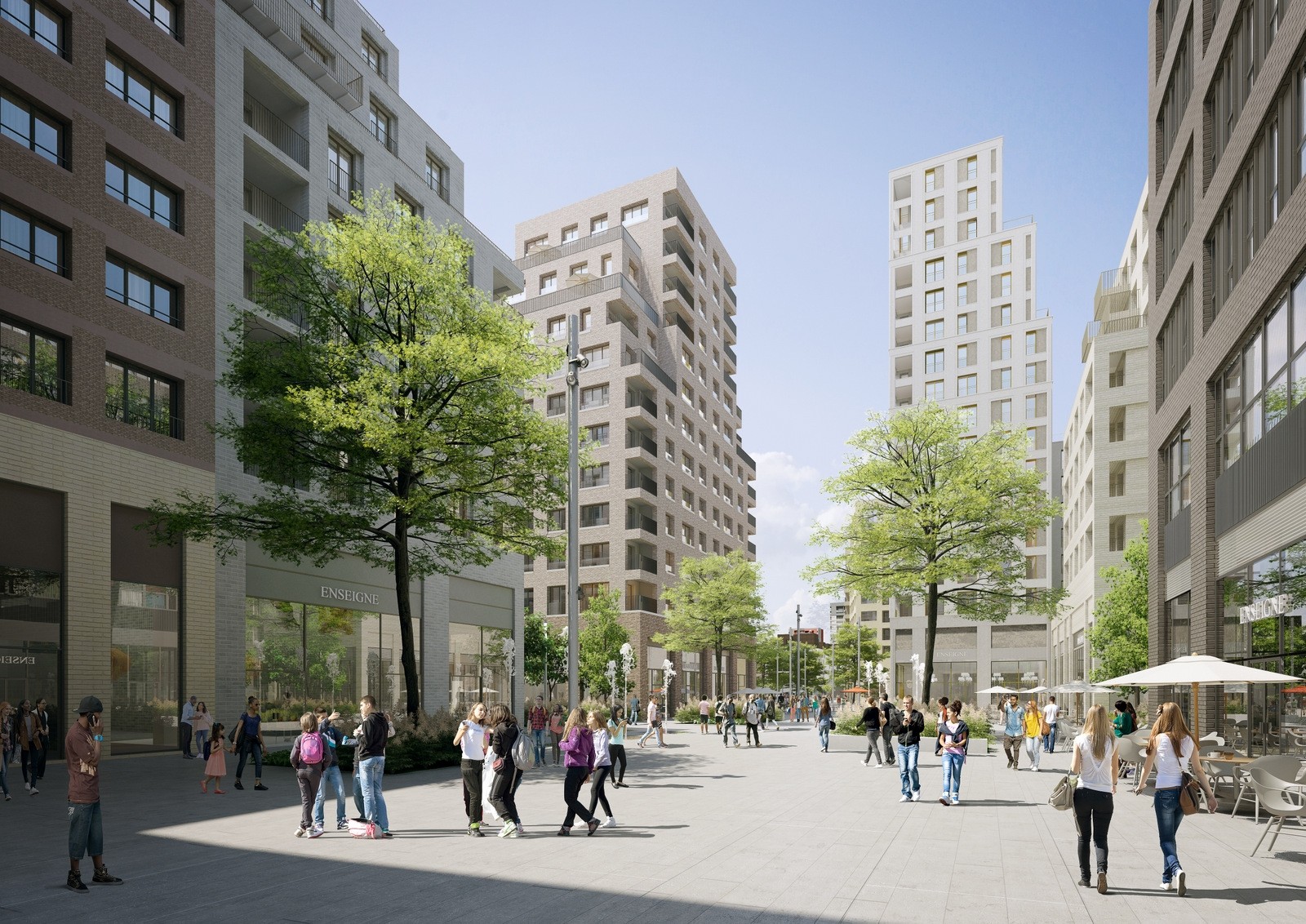 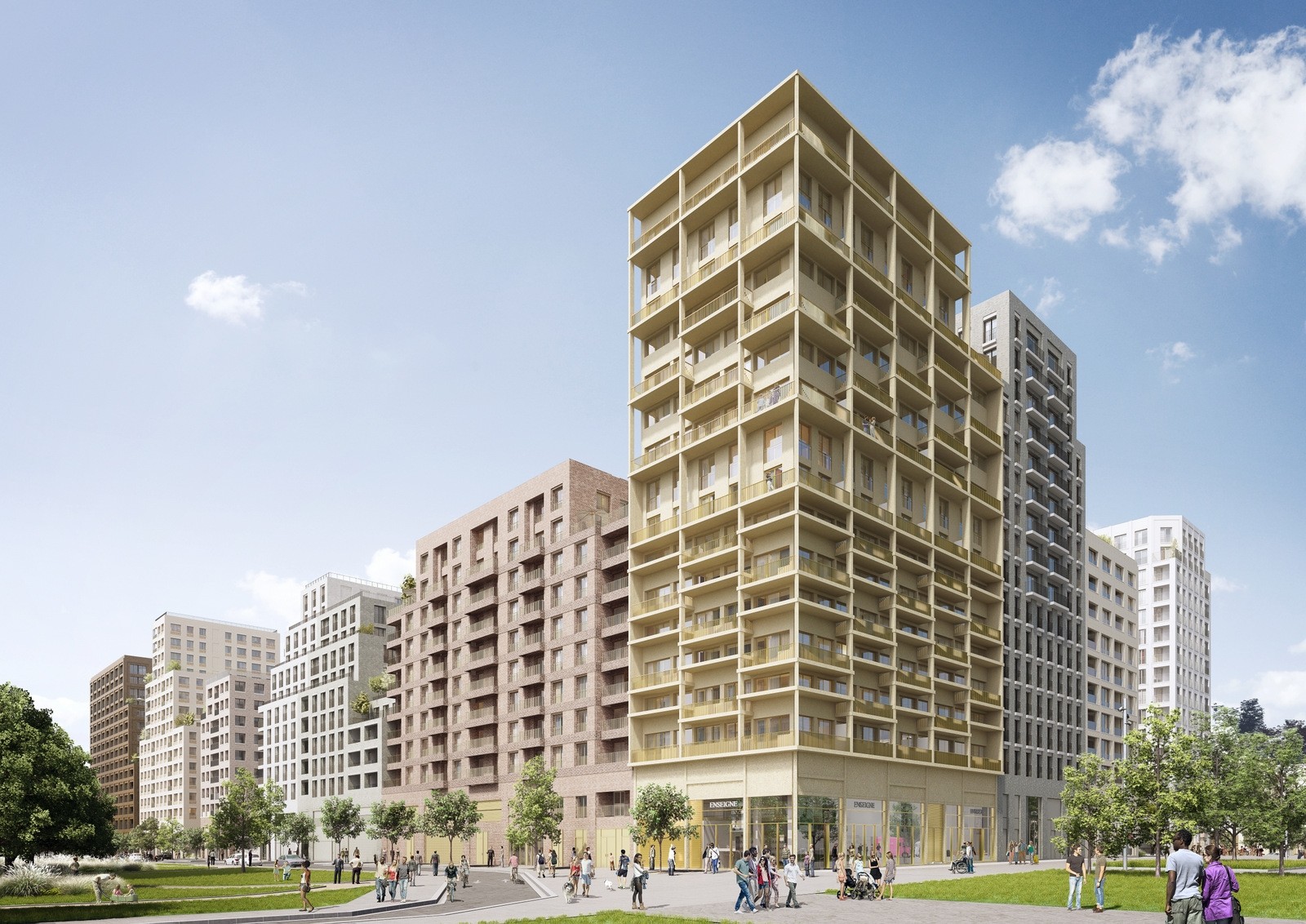 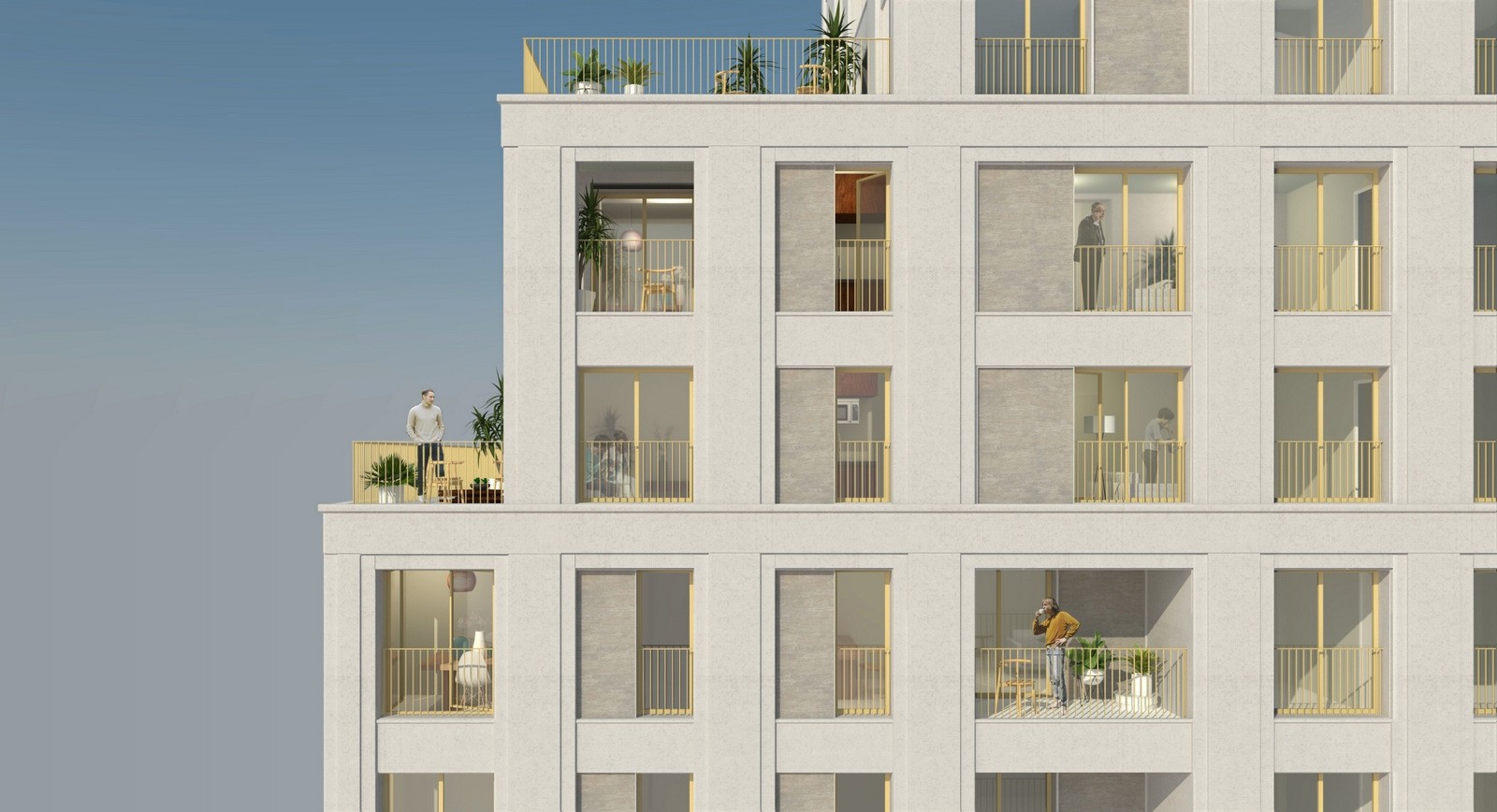 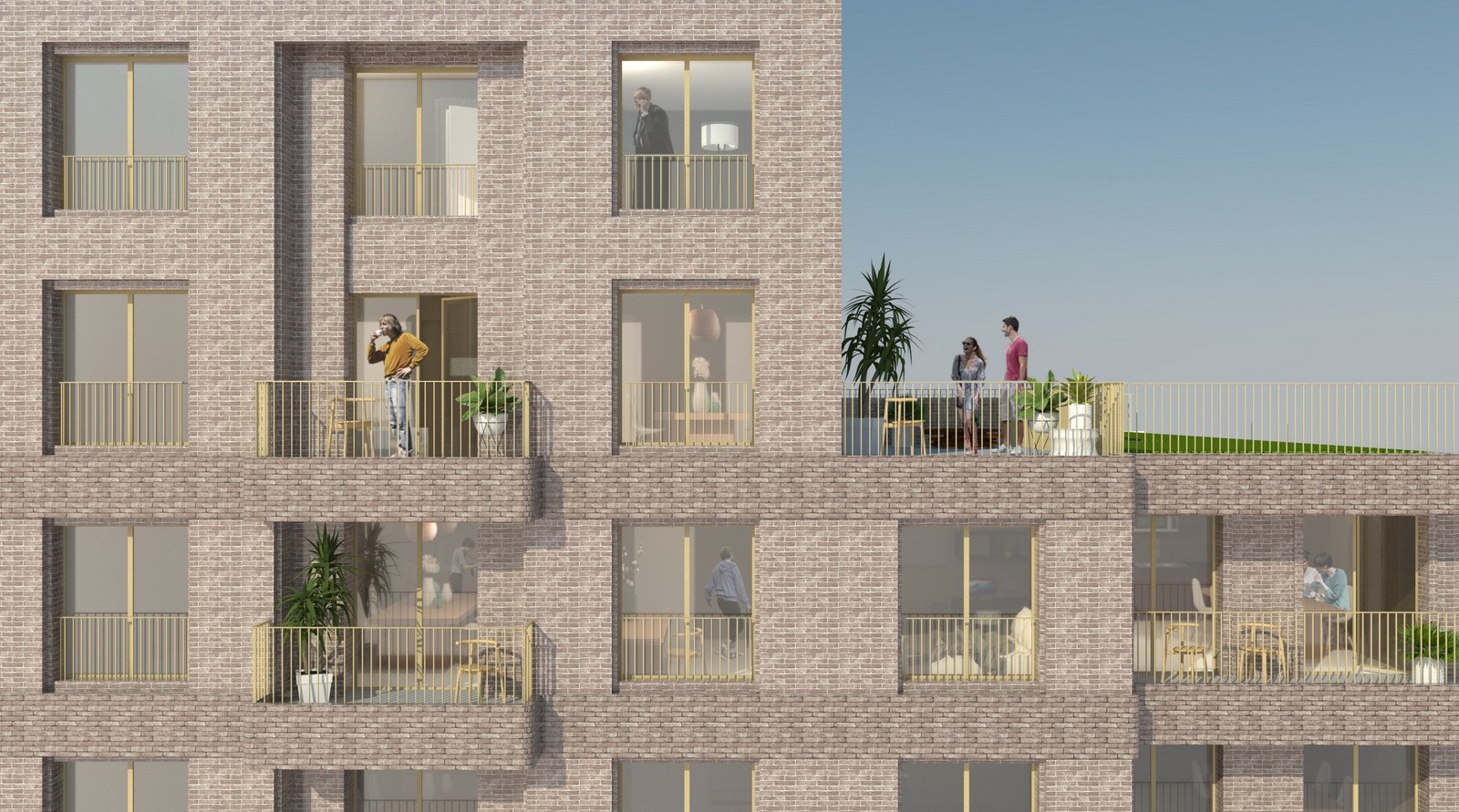 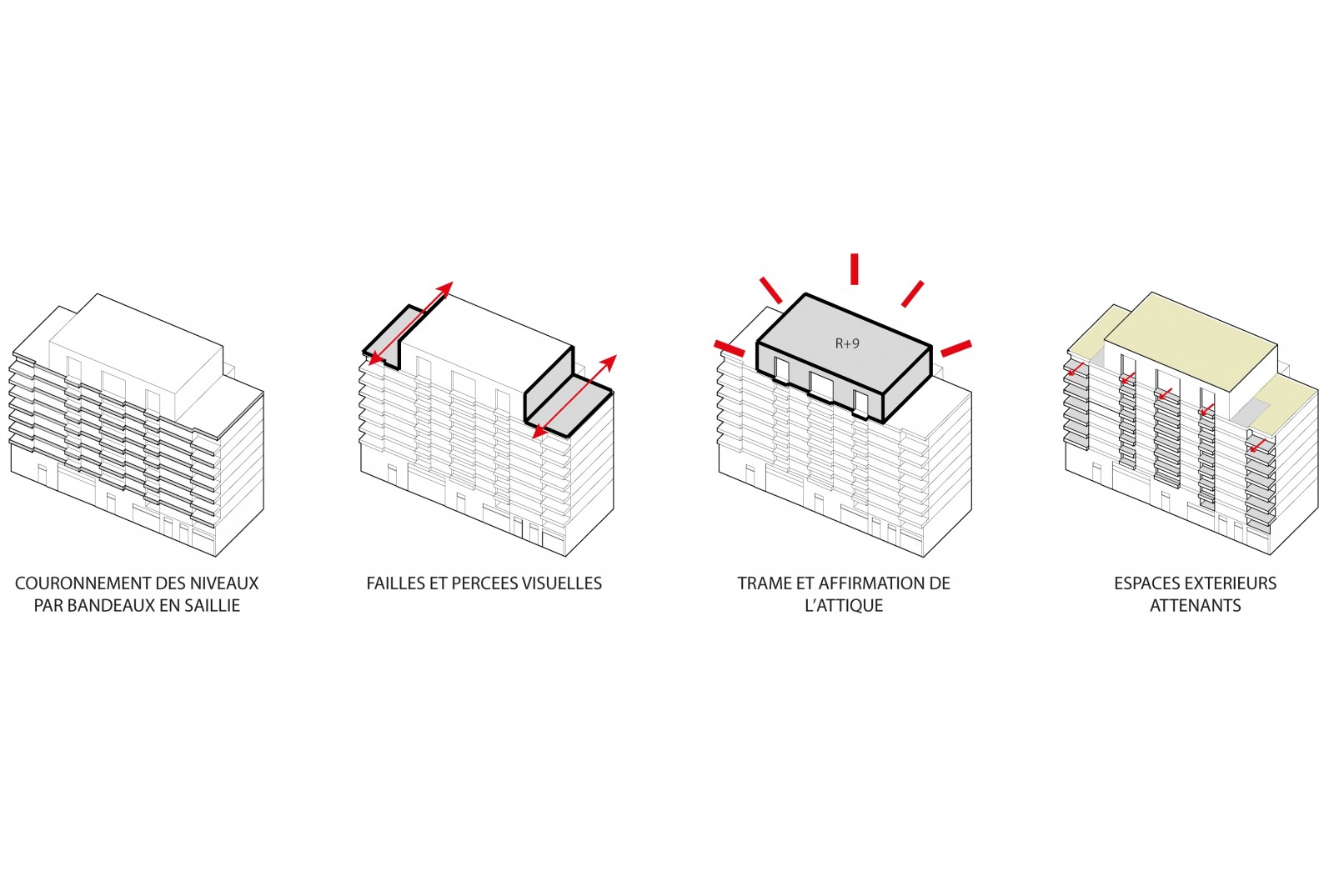 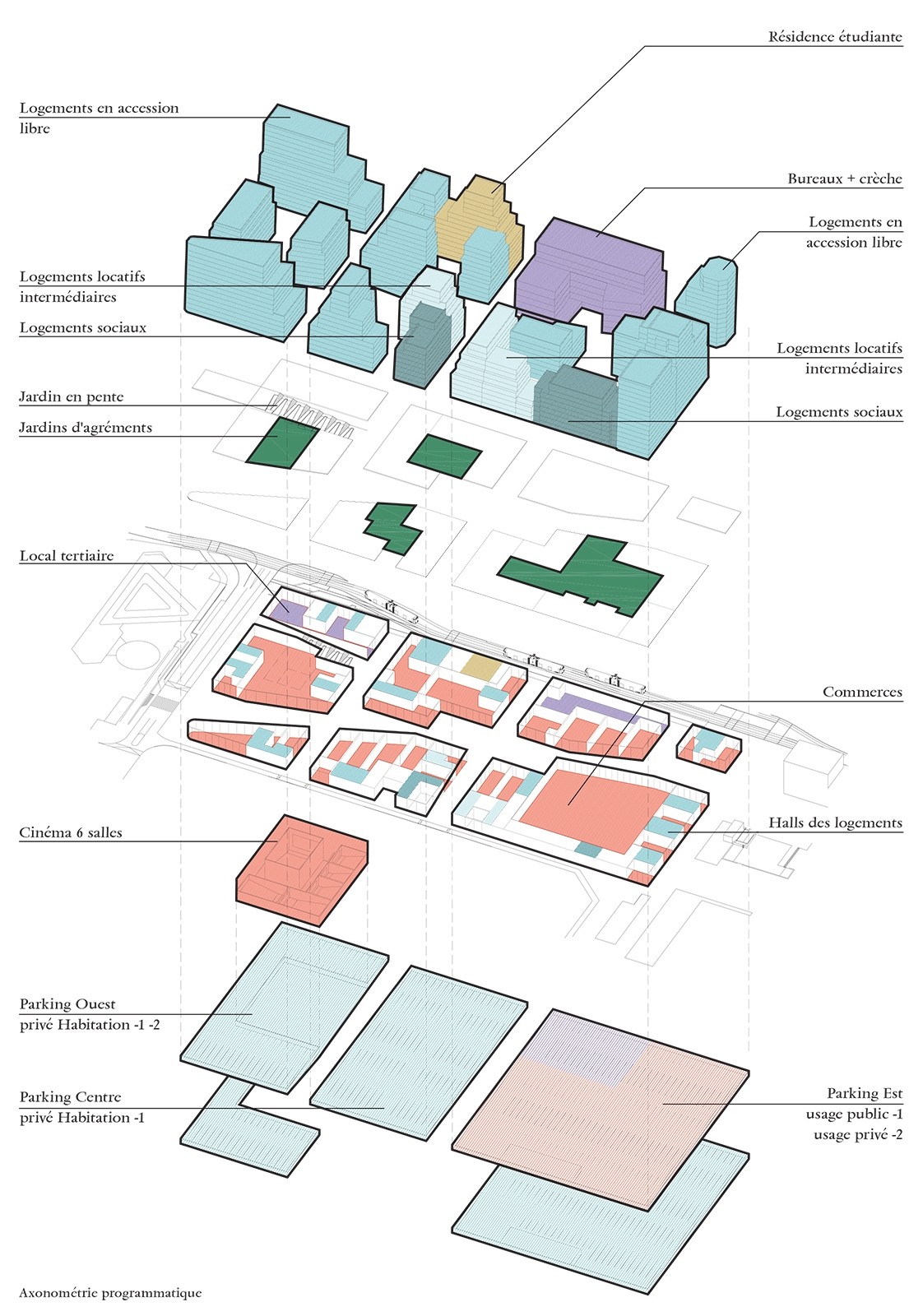 With its major infrastructures, diversified public transport and landscape assets, the Bobigny 2 site has immense potential and is destined to become the new commercial centre of the commune. The challenge of the project is to create tension between the neighbouring districts, to articulate new relationships, and to reveal existing connections that are currently fragmented.
It also aims to network the various existing public spaces and to insert the future district into the heart of the system.
The project allows for porosities, creating continuities between the Boulevard Maurice Thorez and the Cité du Chemin Vert, and taking advantage of the high quality but under-exploited public spaces in the depths of the district.
Thus, this new hyper-centre is firmly anchored in its urban environment. It federates links with its context from east to west and from north to south and concentrates their point of convergence in its heart.
Five building typologies work together to create urban interaction and life in the macro-lot. A "signal" building at the entrance to the north-east, a "landmark" building at the south-west, inhabited blocks that form the main body, a crossing block at the north-west that connects to the Town Hall and finally, a tertiary block in the immediate vicinity of the mobility centre. On the ground floor of the complex, shops are located to create the urbanity of the base.