An Ehpad with a capacity of 135 beds 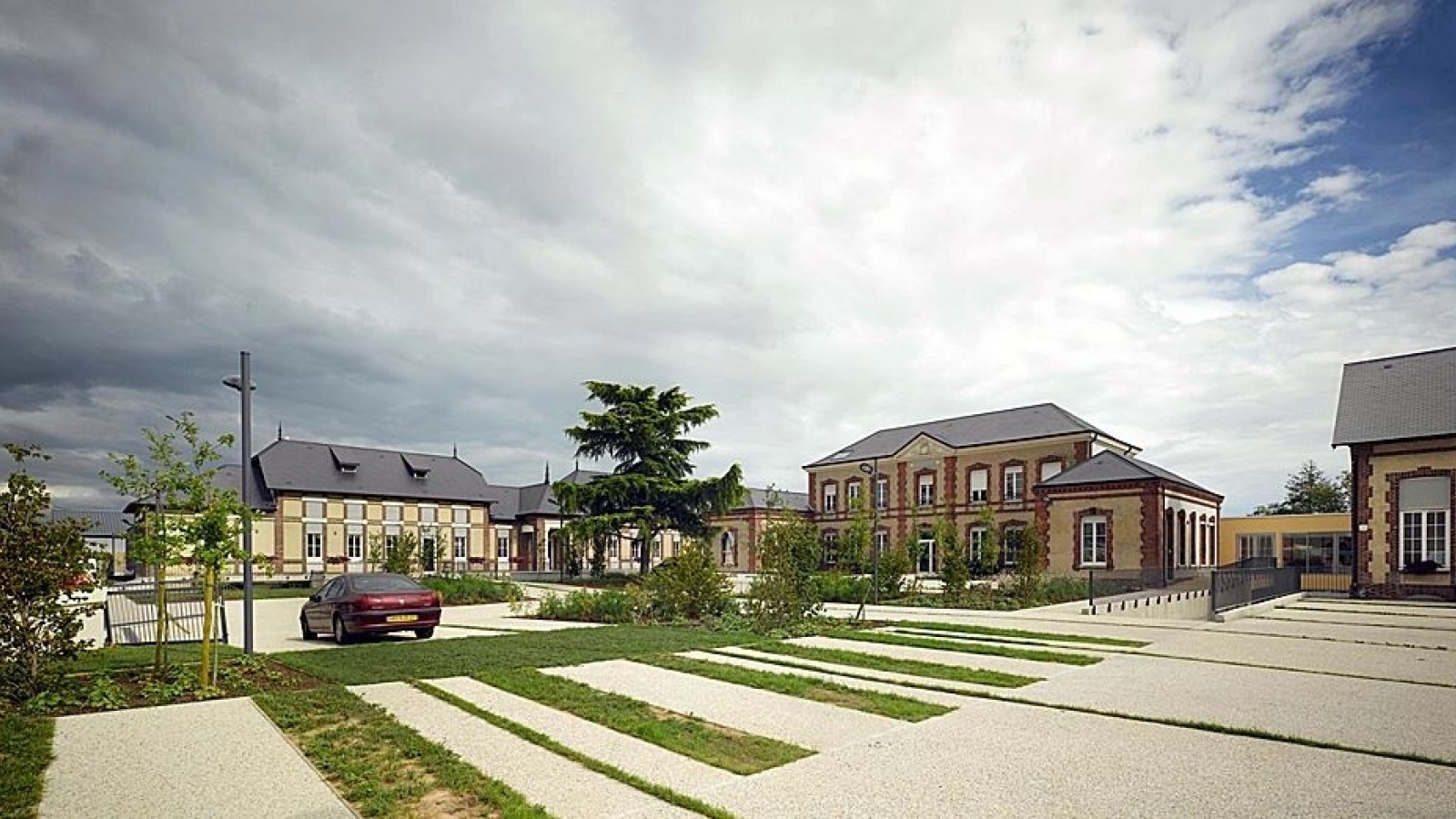 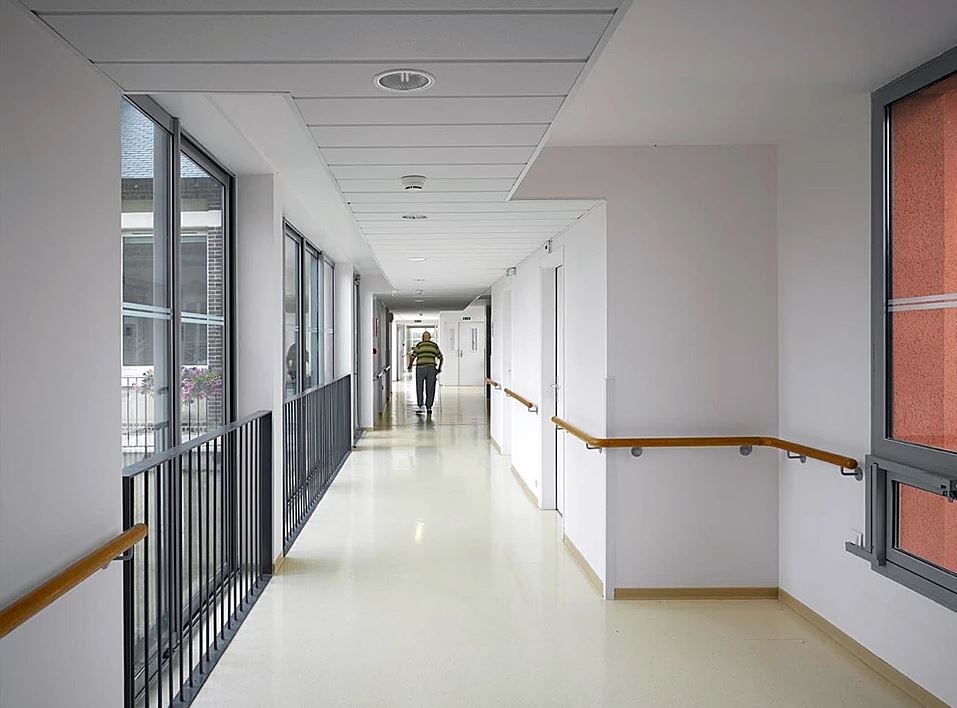 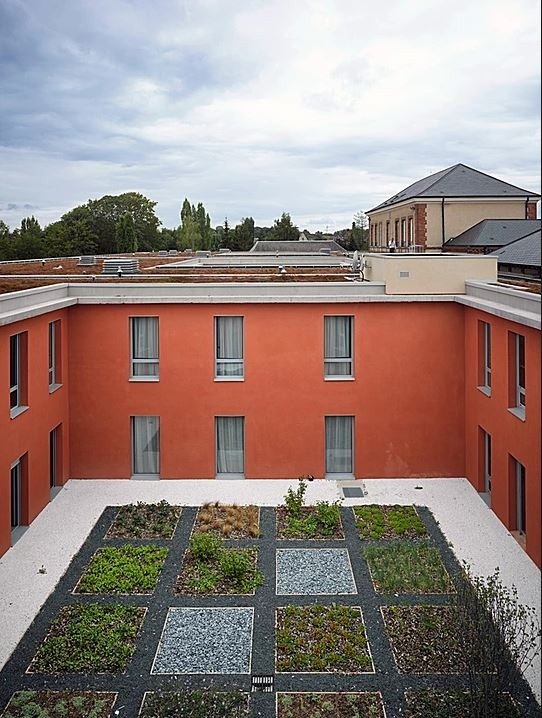 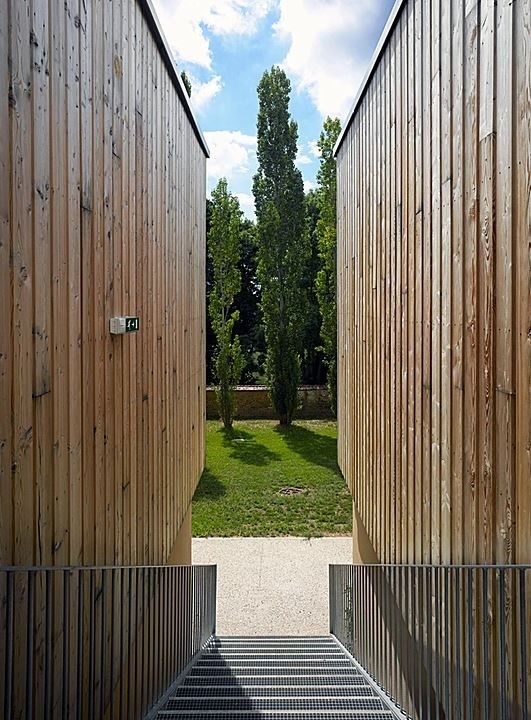 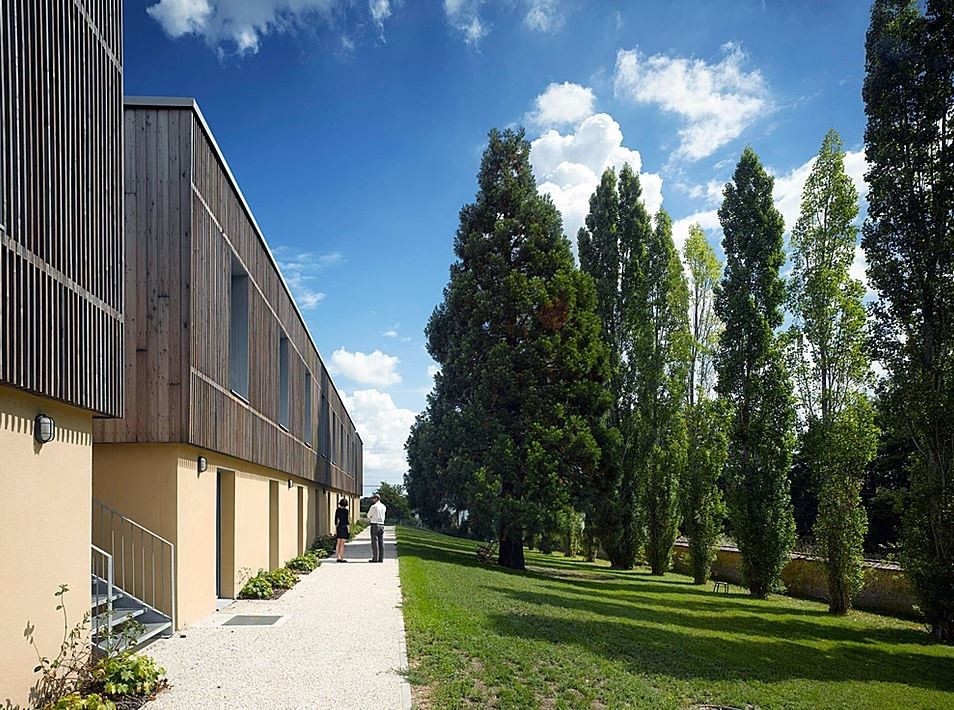 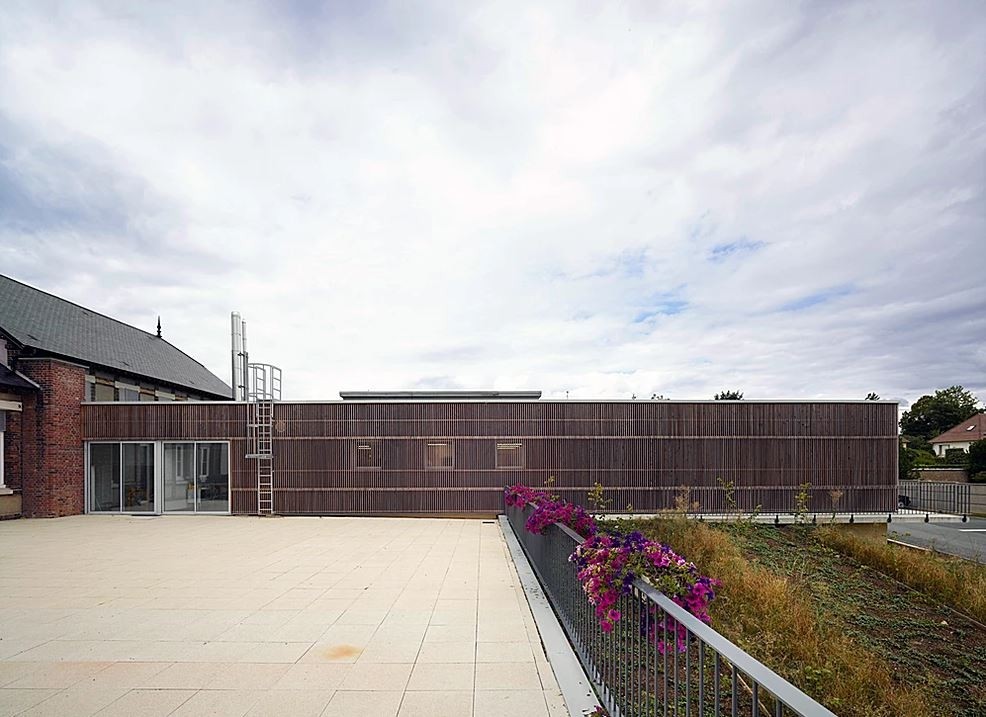 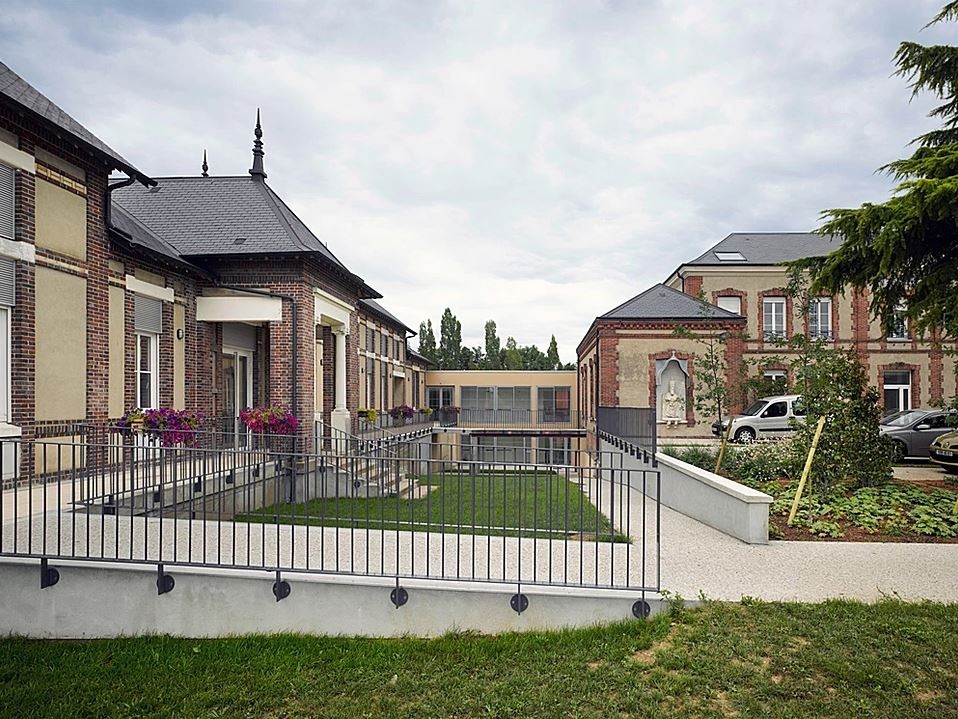 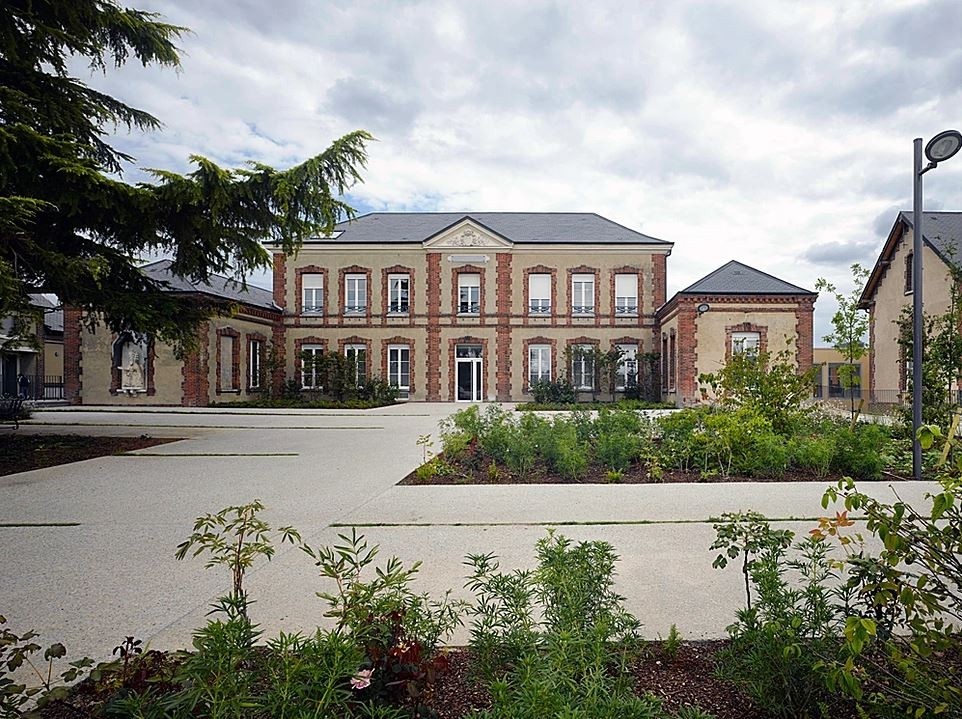 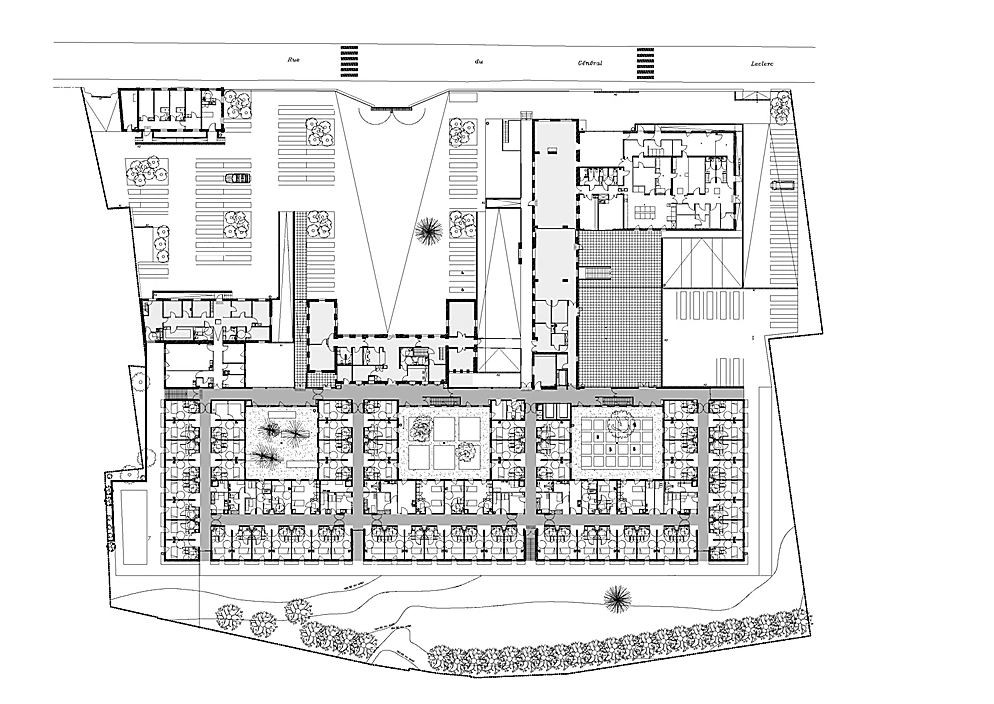 An Ehpad with a capacity of 135 beds

The local hospital in Breteuil sur Iton dates from the 19th century, originally with a central pavilion and two adjacent wings, all positioned on a sloping site, and is of an architectural quality that contributes greatly to the identity of the town. Its restructuring and extension by increasing its current surface area by 75% calls for the greatest attention to be paid to its heritage.
The intervention, discreet, maintaining the predominance of the historic buildings, consists of the implementation of a compact building at the rear on two levels (ground floor and garden level) organised around two large patios open to users.
The south-facing rooms benefit from qualitative views over the Vallon de l'Iton.