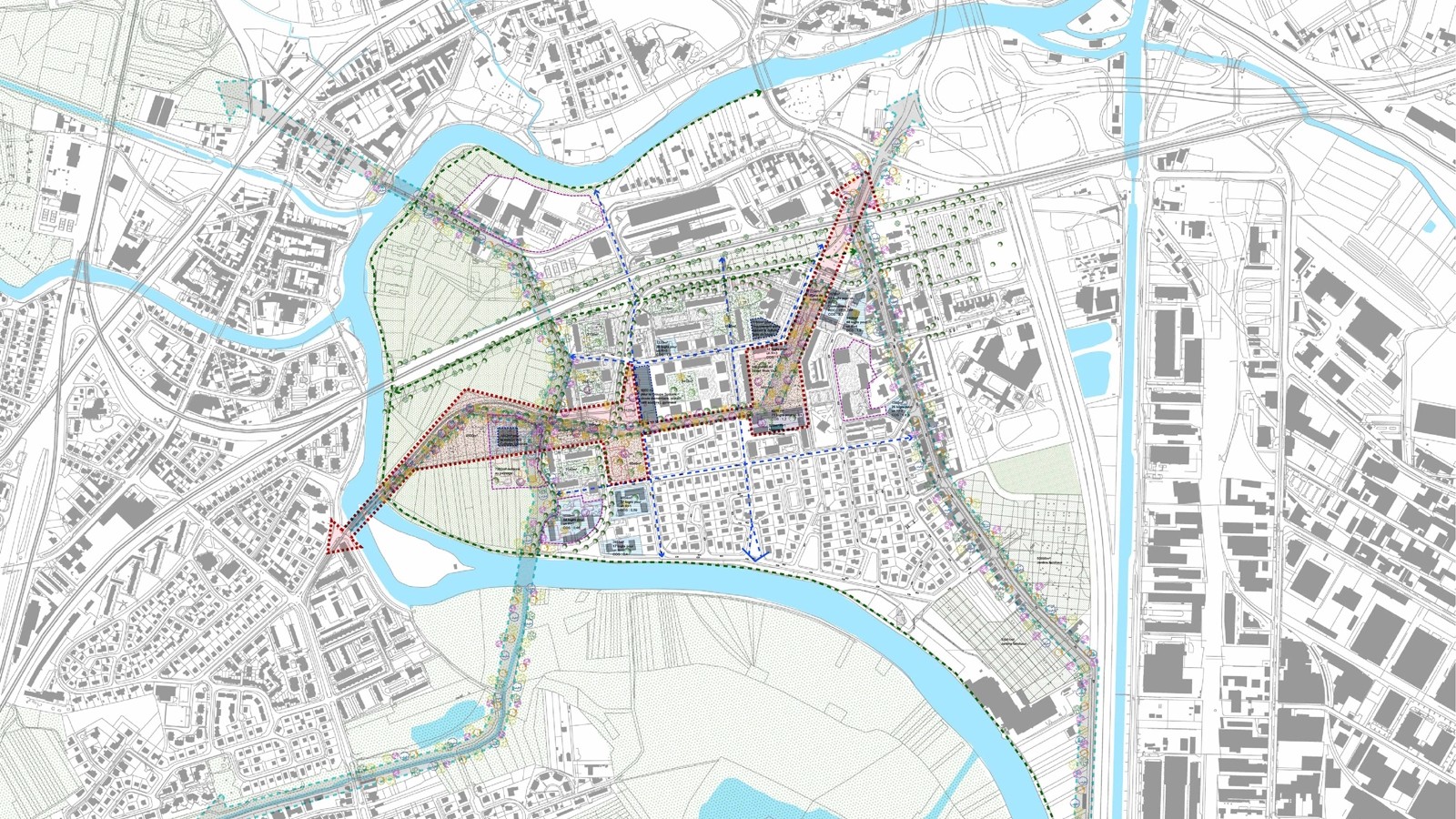 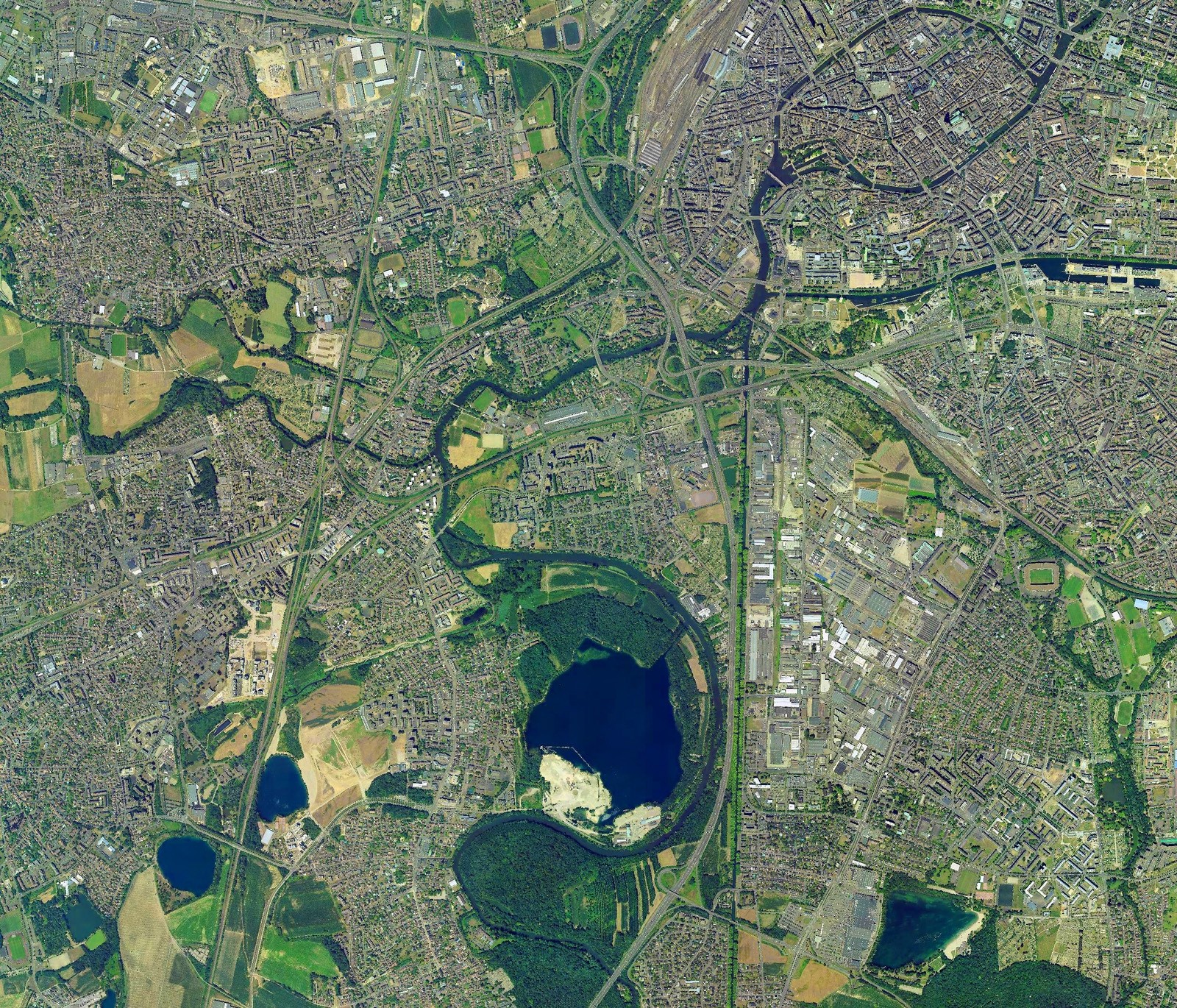 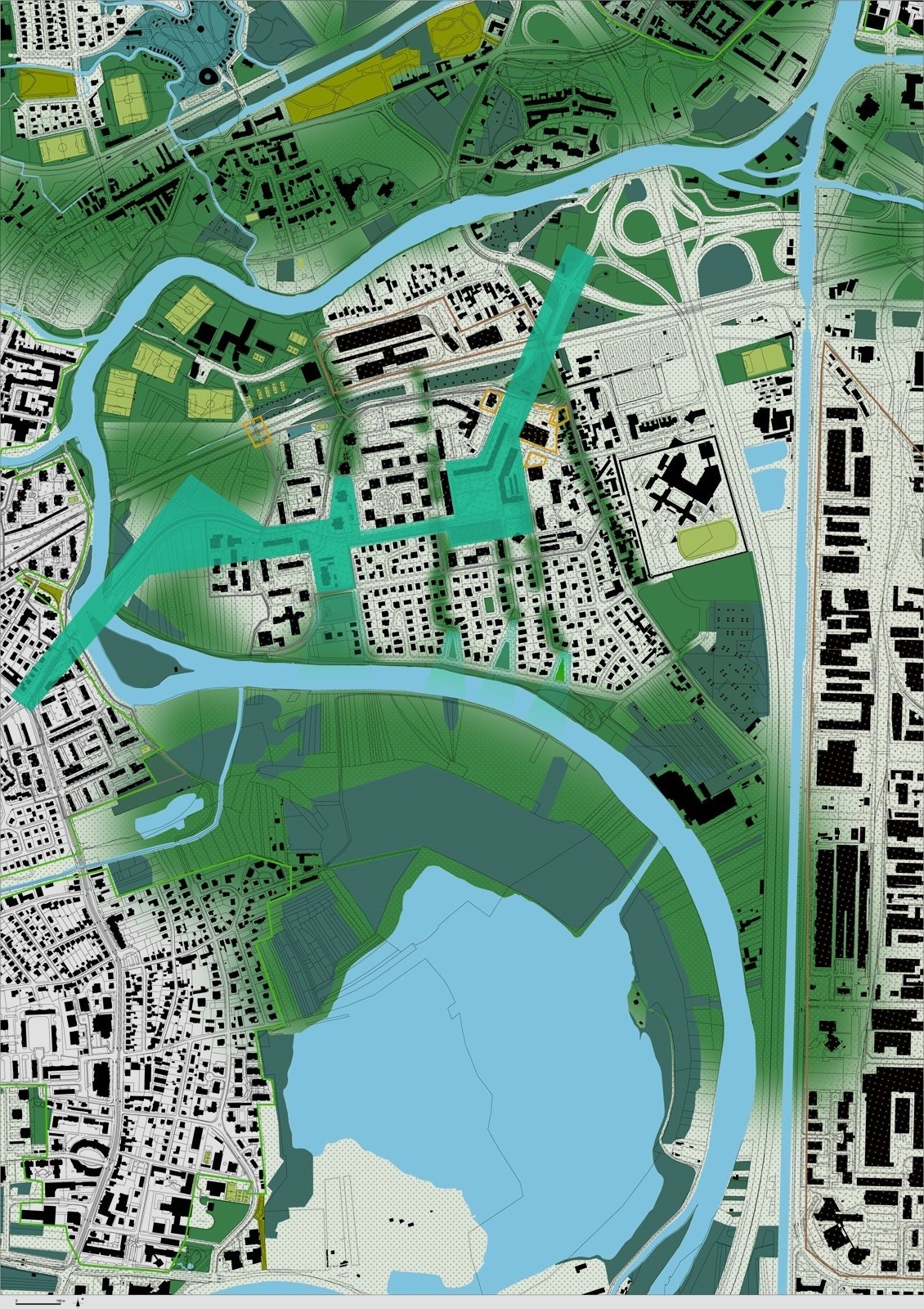 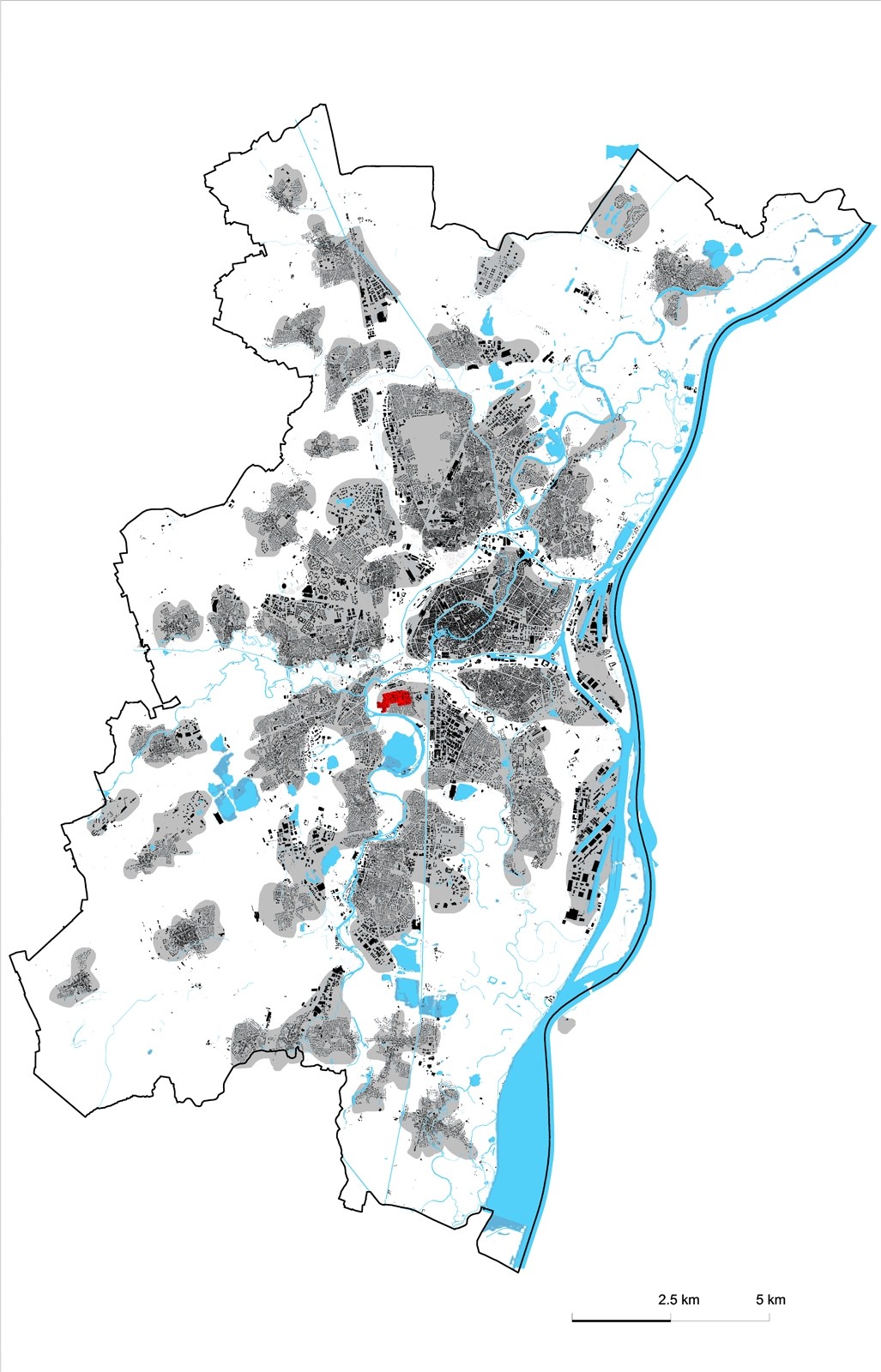 The Strasburg metropolis has historically and geographically presented a centre and a periphery. However, a constellation of districts with "ways of living" and very varied qualities coexist in a rather polycentric configuration.
Their often highly identifiable built morphology (pavilion, large ensembles, activity zones) questions the dialogue between them and the possibility that this diversity may benefit habitat improvement.
In this urban landscape, the Elsau district, located in the southwest of the city of Strasbourg, surrounded by a meander of the Ill on its western flank and the A35 motorway to the east, is the subject of programming by the Agence Nationale pour la Rénovation Urbaine (ANRU).
The study conducted takes into account a broad framework on the Strasbourg metropolis and tends to answer the question: "how to make everyone in the Strasbourg metropolis live"?
How to live well in this neighbourhood, to have full access to it, to enjoy its amenities, to exist locally with its identity while living in an apartment in a large urban area?
A close, inspiring example shows, as does the neighbouring district of Neuhof, to the south-east, a short distance from the Port of the Rhine, that urban connections have succeeded in their role of sewing with the metropolis. Public transport and the development of urban connecting spaces (e. g. Reuss Alley) have succeeded in giving them an interesting urban interdependence.
Strasbourg's services and mobility (particularly those of Tram A and C) are partly of the "radiocentric" type and require questioning the relations between peripheral districts so that each can be enriched locally by the other.
The strategy thus consists in drawing on these successful infrastructures to extend them and increase the urban qualities of an entire area that includes the Elsau-Meinau-Neuhof trio of districts.
The proposal here seeks to graft East/West links on the Elsau district to a structuring of existing networks that favours North-South links (Neuhof-Plaine du Boucher to the polygon aerodrome).
It is designed taking into account a very precise geographical (topography, buildings, nature, infrastructure) and sociological context so that the envisaged transformations can be carried out smoothly...