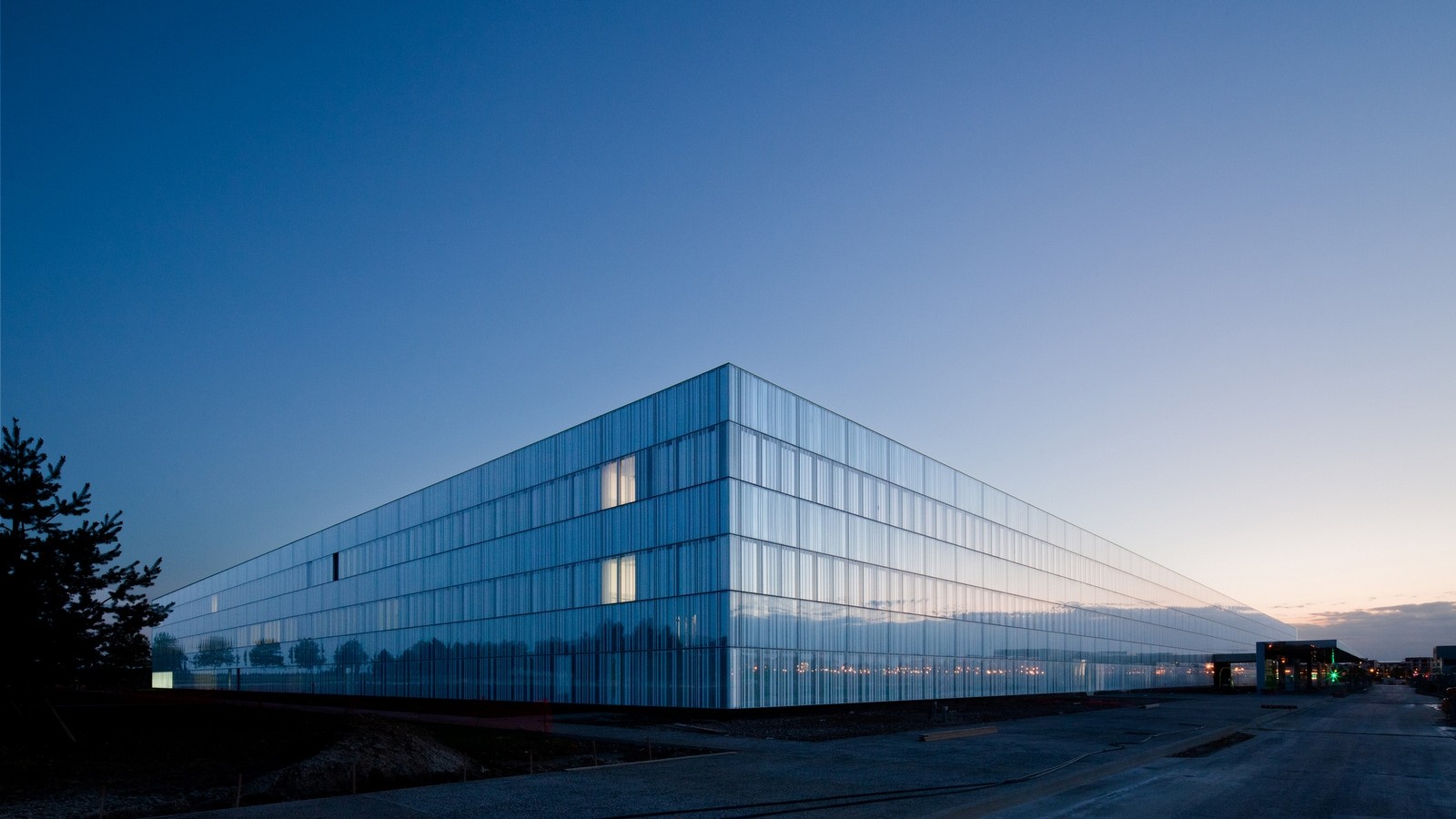 MCO hospital centre with 460 beds, 125 psychiatric beds and a logipole 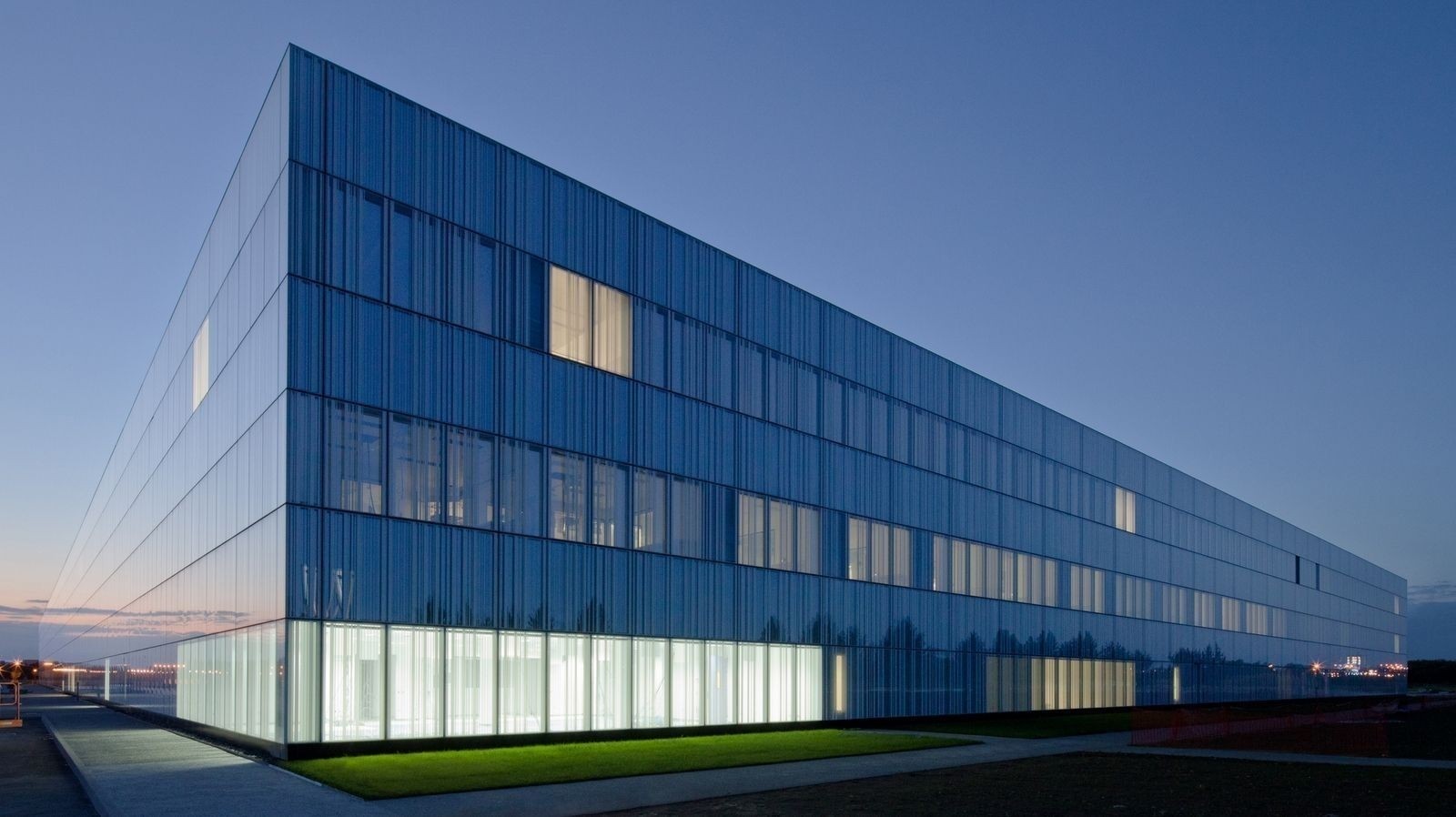 The large hospital of the East Ile-de-France is designed within a district that is not yet built. The orientation in the heart of the block is aimed at a university organized around a basin and the ambition to eventually form a university hospital campus presides over the idea that the district can become a new centrality distributed by a large north-south mall, the "Cours du Danube".
The 12-hectare hospital site, served by major roads via the RD231, has no topographical features. Rectangular in shape and flat, the playing field is exemplary. The neutrality of the site is the opportunity to invent the minivan in its purest form and which, like a concept car, can contain all the fundamental components of the concept.
Despite the unitary and mute aspect of the architectural result, the hospital contains the secret code of the hospital activity based on 3 crossed values. By its great functions: diagnosis-interventional-convalescence on the one hand, by its great flows on the other hand, public-patient-logistics.
This intertwining of ternary components results in a building with 3 levels (diagnosis-interventional-convalescence) and 3 vertical strata (public-patient-logistics), one in front, one in the center and one at the back.
The setting up of a grid and arborescent urban system is the condition for the radicality of the architectural party and the strictest respect of the functionality.
The grid is also a guarantee of horizontal extensibility.
The closed morphology pierced by patios, already experimented on the hospitals of Toulon and Châlon sur Saône, ensures the flexibility of occupation of spaces.
The hospital is thus presented as a low and luminous building, monolithic and discreet.
With the exception of their fine serial serigraphy, the facades have no added writing. Their design in the competition was even reduced to simple white rectangles, the backdrop for the hospital work to come.
They are designed to illuminate all types of premises, both today and tomorrow.
The interior patios, with their distinct colors, help to orient the occupants. Each hospital sub-universe contained in the large complex is characterized by their colors.
The structural parsimony of the building has allowed to preserve a comfortable budget for the choice of interior materials. The patient is cared for in a building of a high hotel standard.
The absence of hierarchy in the form and treatment of the facades allows for the multiple peripheral accesses that the ambulatory activity combined with digital technology tend to initiate.
© Brunet-Saunier Architecture