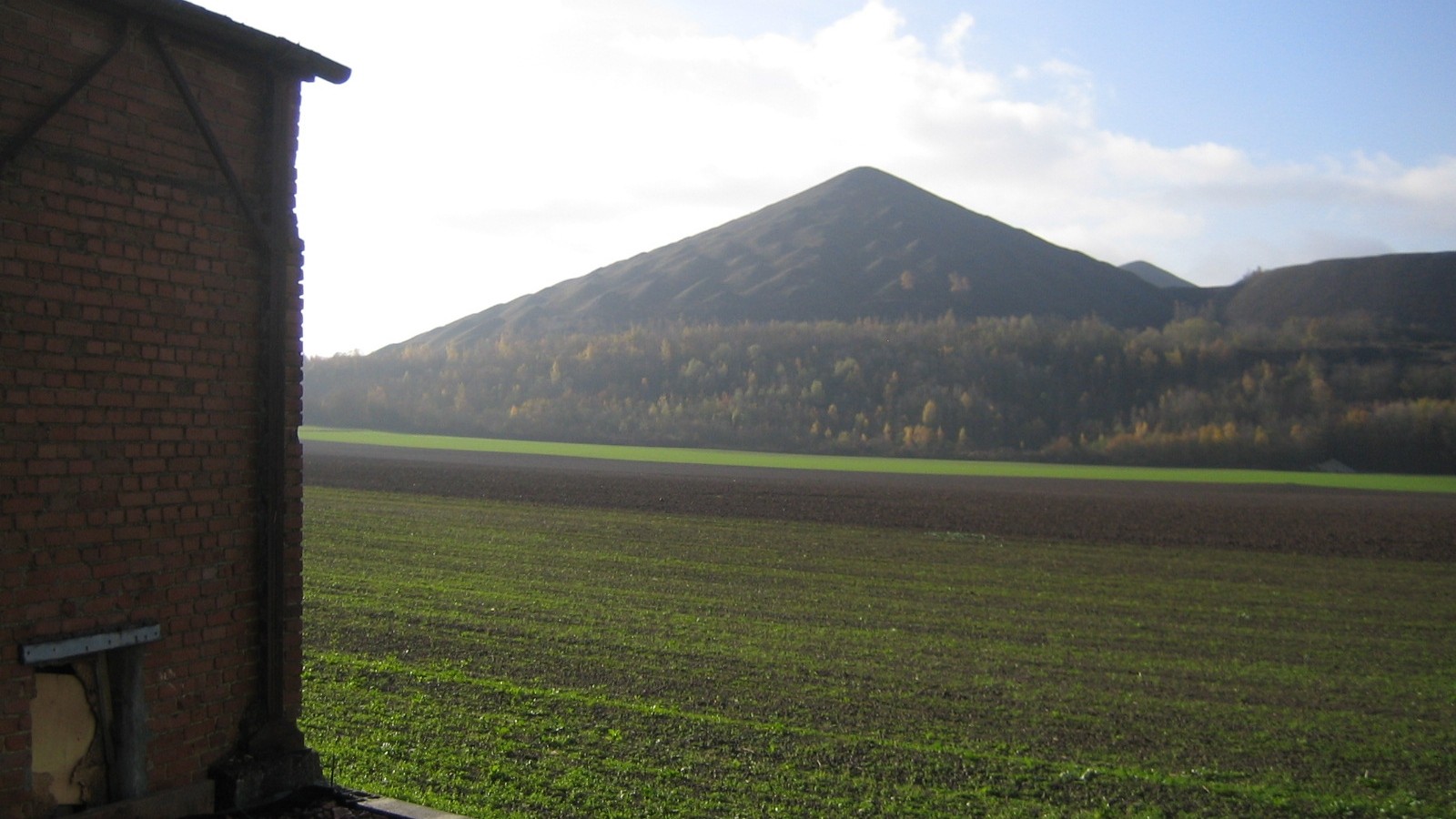 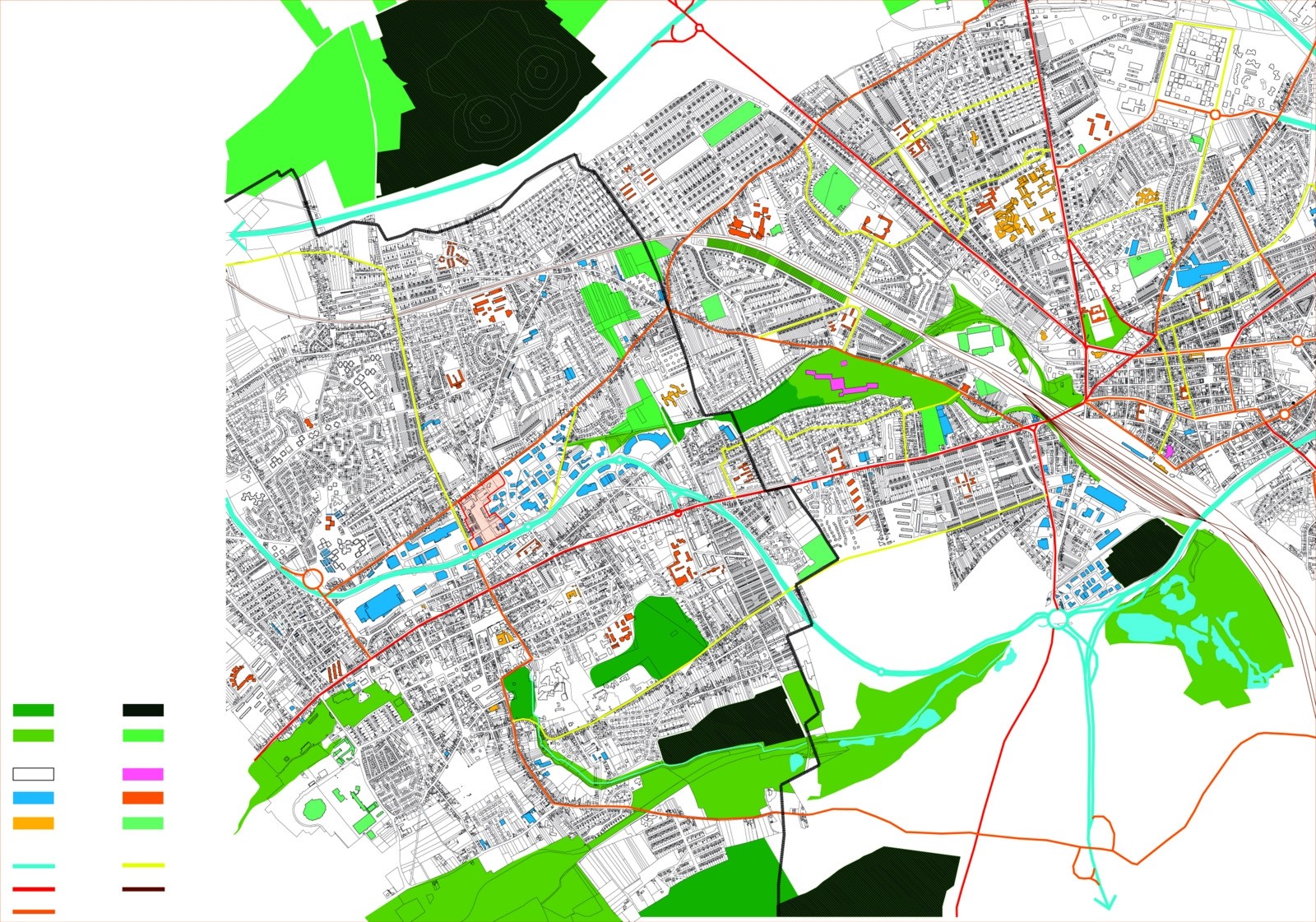 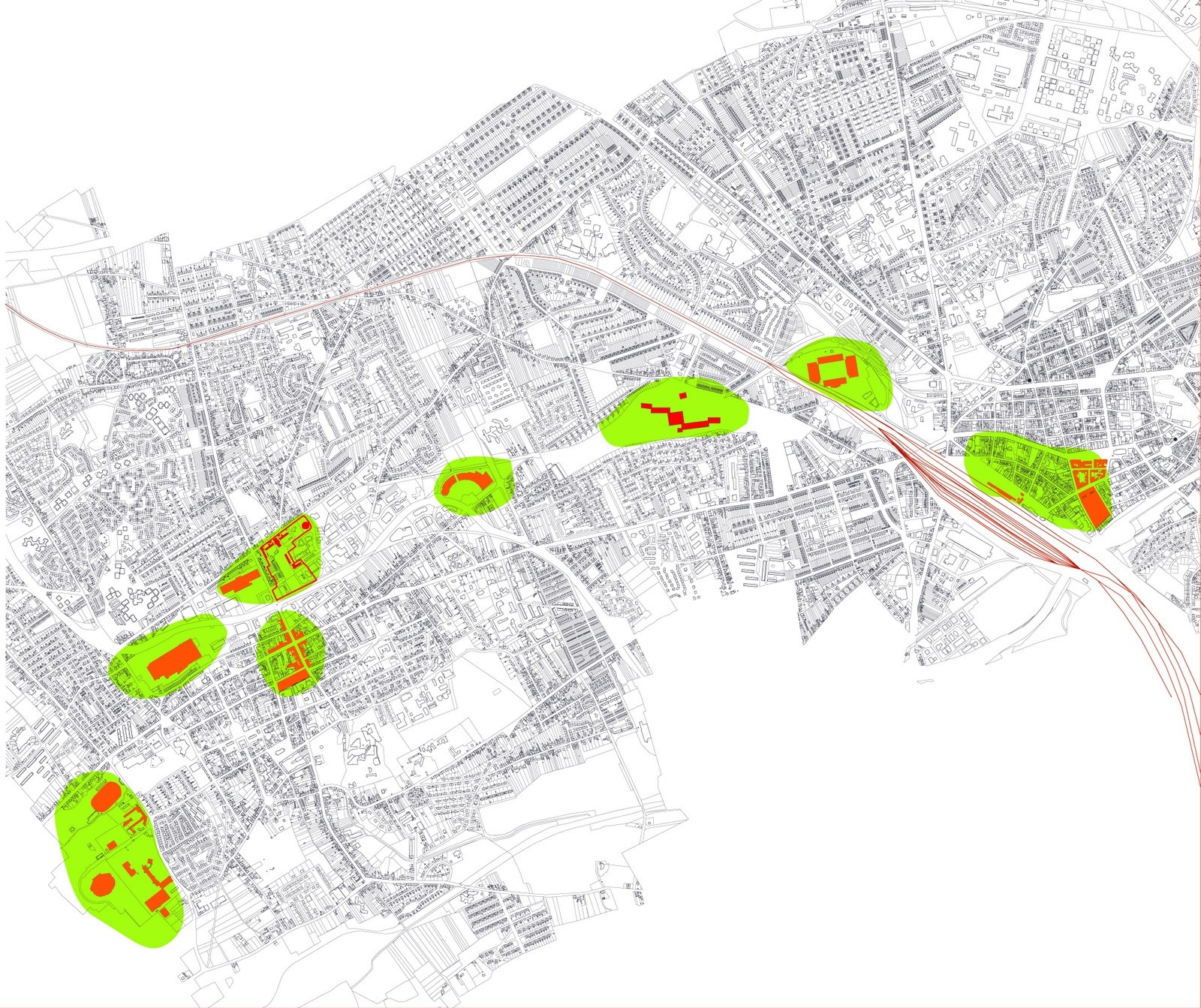 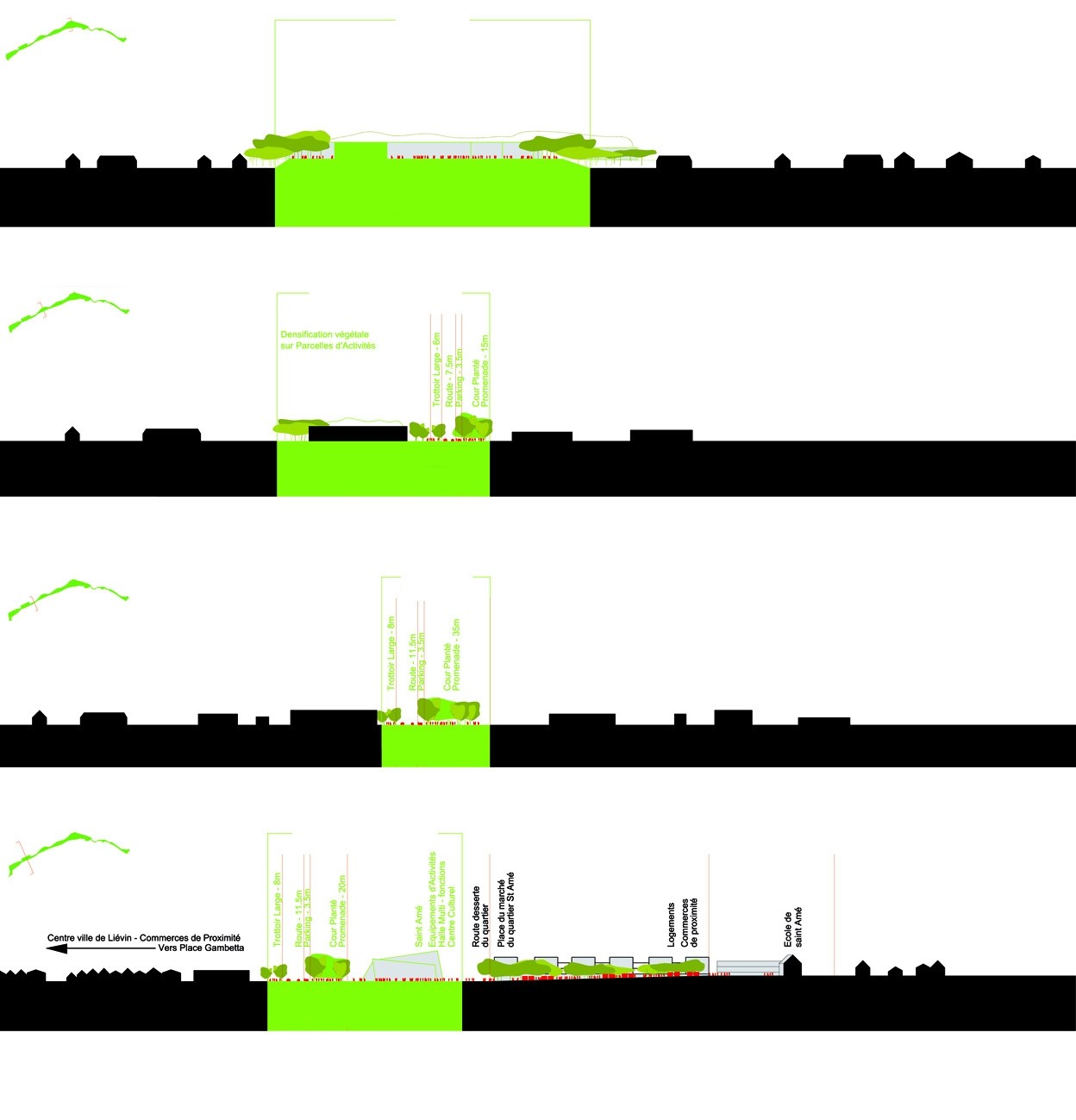 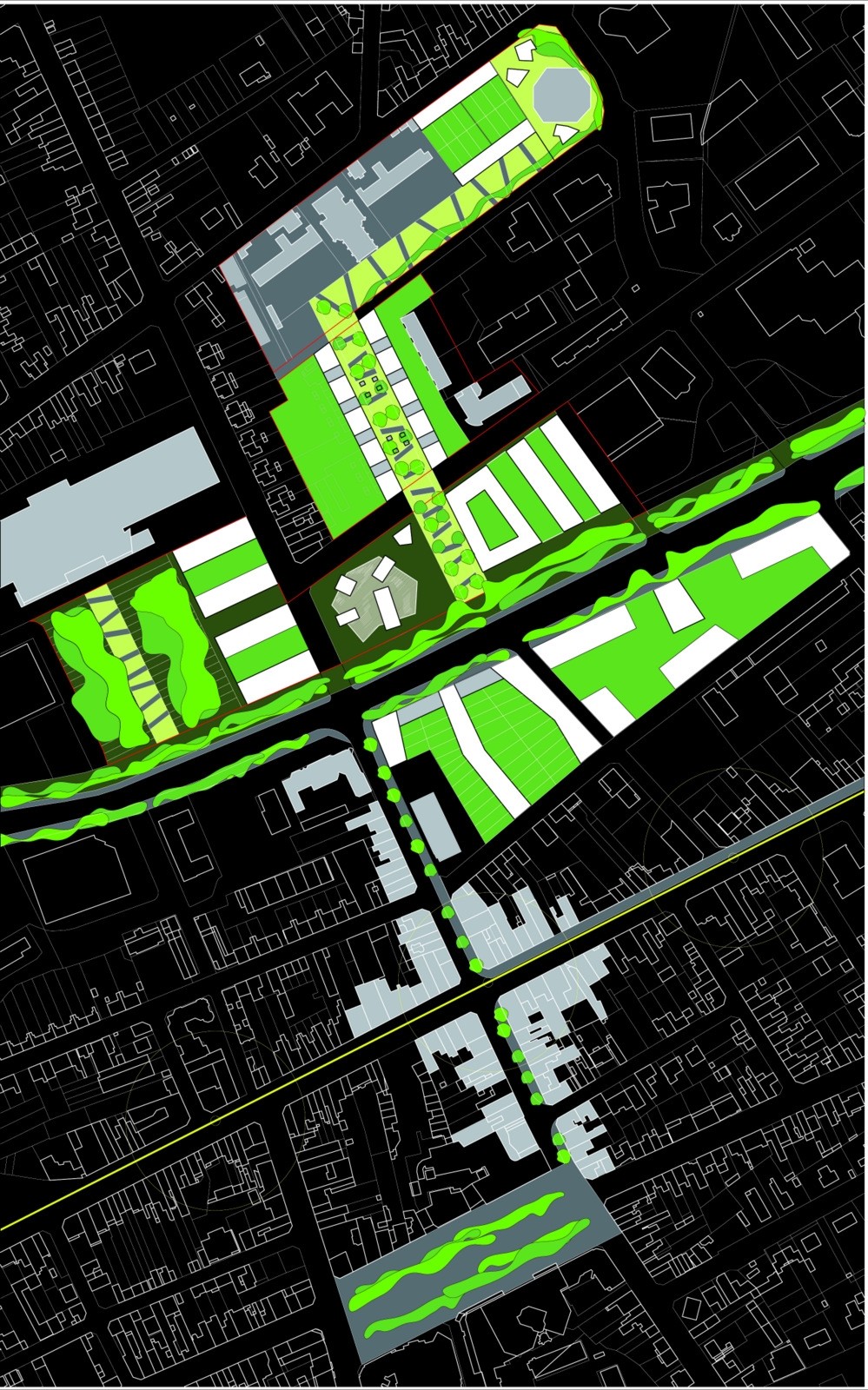 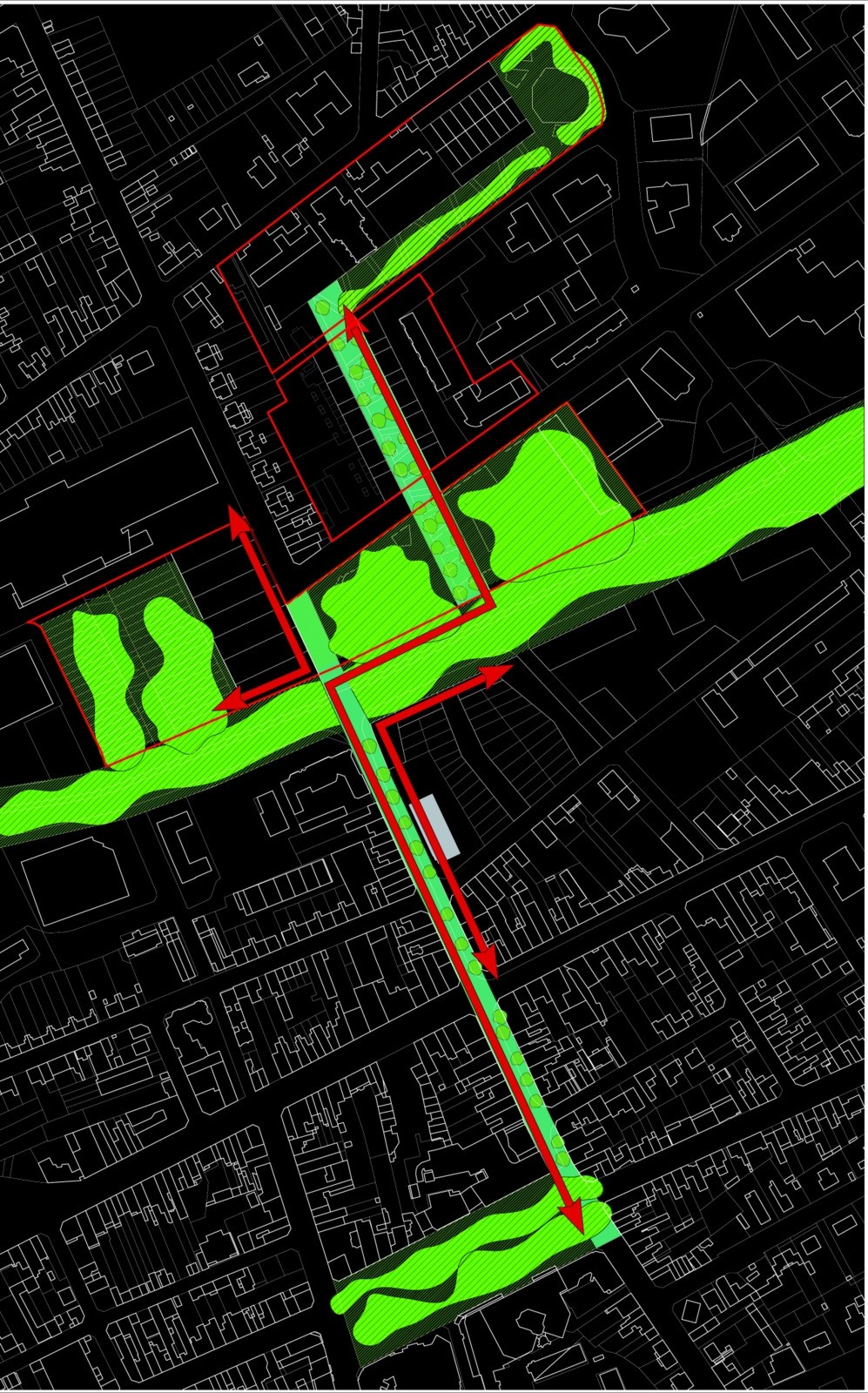 The Saint-Amé district is a great opportunity to lay the foundations for a development strategy for the city of Liévin. As the local subject of a centre that could find the geographical foundations for a new development, it is also at the heart of a regional territory made up of isolated and monofunctional centres, both existing and future.
From trade to culture, from tourism to transport, from housing to sport, from the old to the new, from collective memory to an ambitious urban future, the Saint-Amé site is the central moment of a coherence to be invented between the different temporalities and functions of the same regional territory. The urban reflection to be carried out is therefore likely to set out rules and ambitions for the entire Lens/Liévin agglomeration. Like the missing piece of a puzzle, the Saint-Amé site reveals an overall physiognomy: that of a possible linear link that could organize, identify and structure an inter-communal urban development between Liévin and Lens. Thus, it is proposed to bring all the isolated centralities present on the site together by creating a continuous urban park in the municipalities of Liévin and Lens. A city element of connection, a pedestrian path, supports all forms of mobility, it is also a question of restoring the qualities of the urban landscape, as well as uniting the isolated forces of a territory marked by a community of destinies.