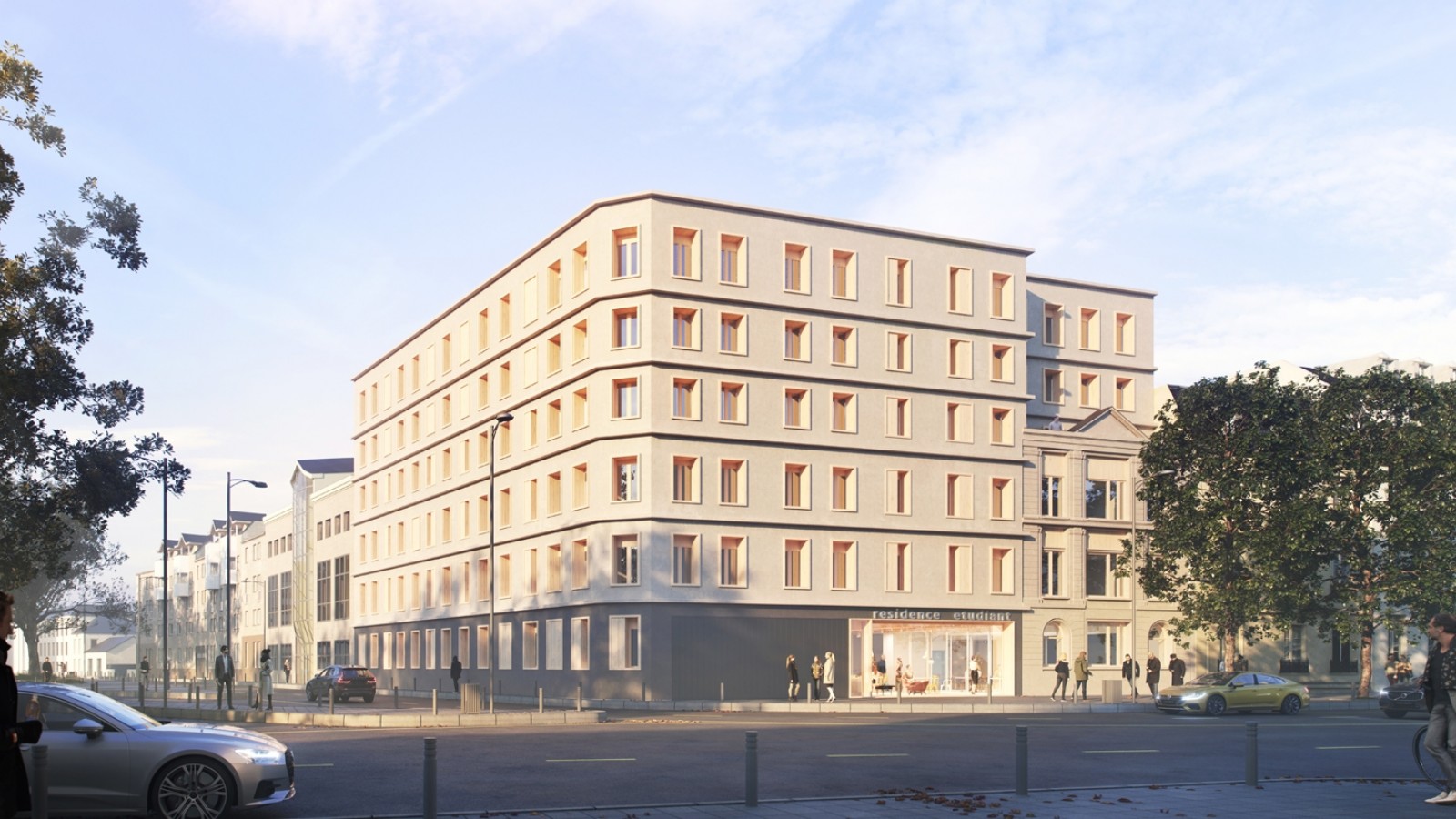 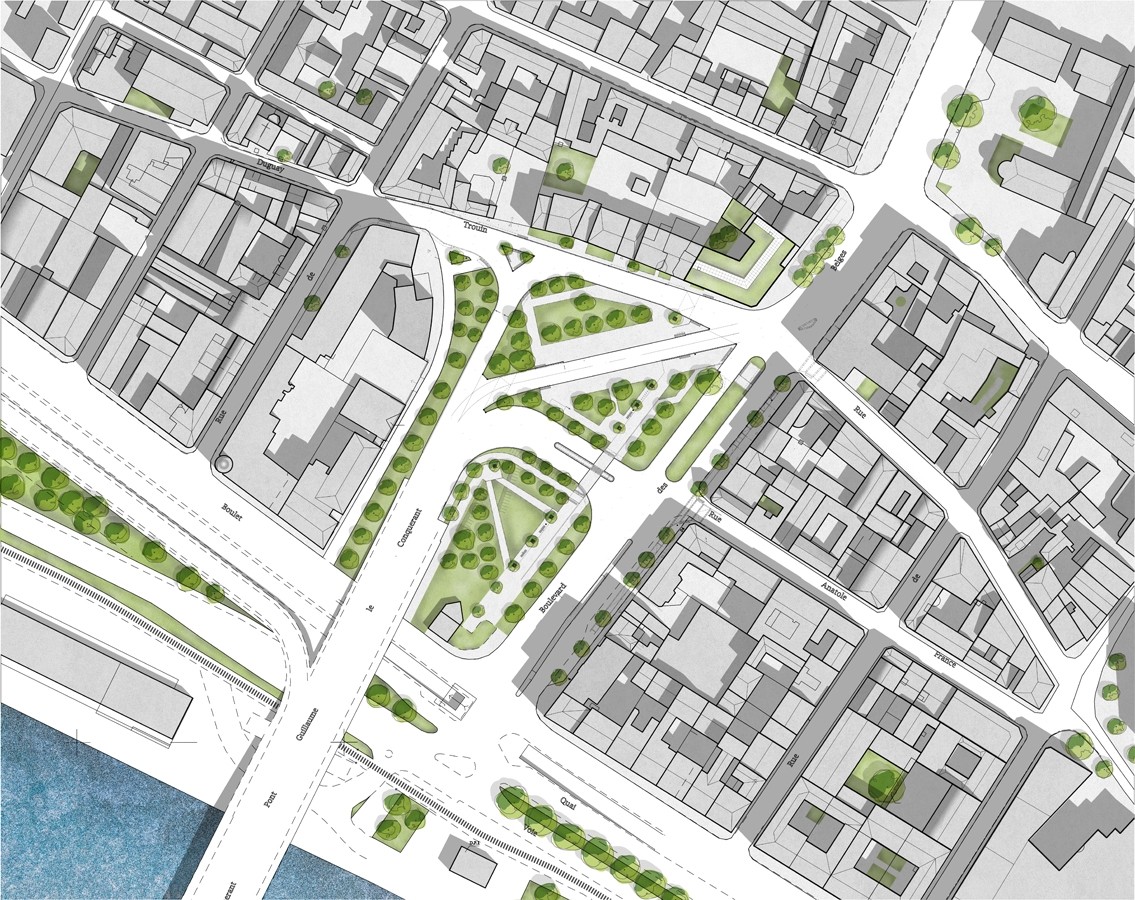 This student residence project is part of an urban context in full mutation: the urban area facing it, for a long time reduced to its status of road interchange ensuring the connection of the left bank by the Avenue Jean Rondeau ending on the 5th crossing of the Seine, and the outlet of the end of the Boulevard des Belges which will serve the quays in the direction of the Normandy cliffs, is today changing status to become a real entrance to the historic heart of Rouen. This residence therefore benefits from this urban project dedicated to new mobility and we can bet in return on the new urbanity that it brings to the district through the young residents that it houses.
Physically, the project also makes its contribution. It stands out by its height, taking advantage of the setback offered by the large open space of the square. Standing head-on on its northern edge and heightened by its two additional storeys, the facility can be seen from a distance, from the banks of the Seine. The residence becomes the fourth weighting of the urban area if one counts those of the 3 other neighbouring high-rise buildings, thus rhythmically finishing the background. Its position at an angle to the Boulevard des Belges gives it a role as a gateway to the old part of Rouen. It is therefore as an urban marker that the residence contributes to the Rouen skyline.
But this distinction is not achieved without a respectful response to the city's heritage. Here it is demonstrated that a tertiary building can be converted into an accommodation residence.
The façade of number 27 boulevard des Belges has been restored and kept in its integrity.
The volume of number 25 receives an architectural addition in the spirit of the existing building. The architectural work is concentrated on the treatment of its bays (wooden material, two-leaf window openings, accordion-style external shutters) to adapt them to the new expected uses. Inserted into the existing rhythm, these openings take on the muted strength of "serial" facades. A simple and strong architectural choice whose repetitiveness brings a remarkable contemporaneity.
Only the demolition of interior buildings without real architectural value and arranged without hierarchy in the heart of the block is planned. Instead, a rational new construction orders a luminous central interior space.