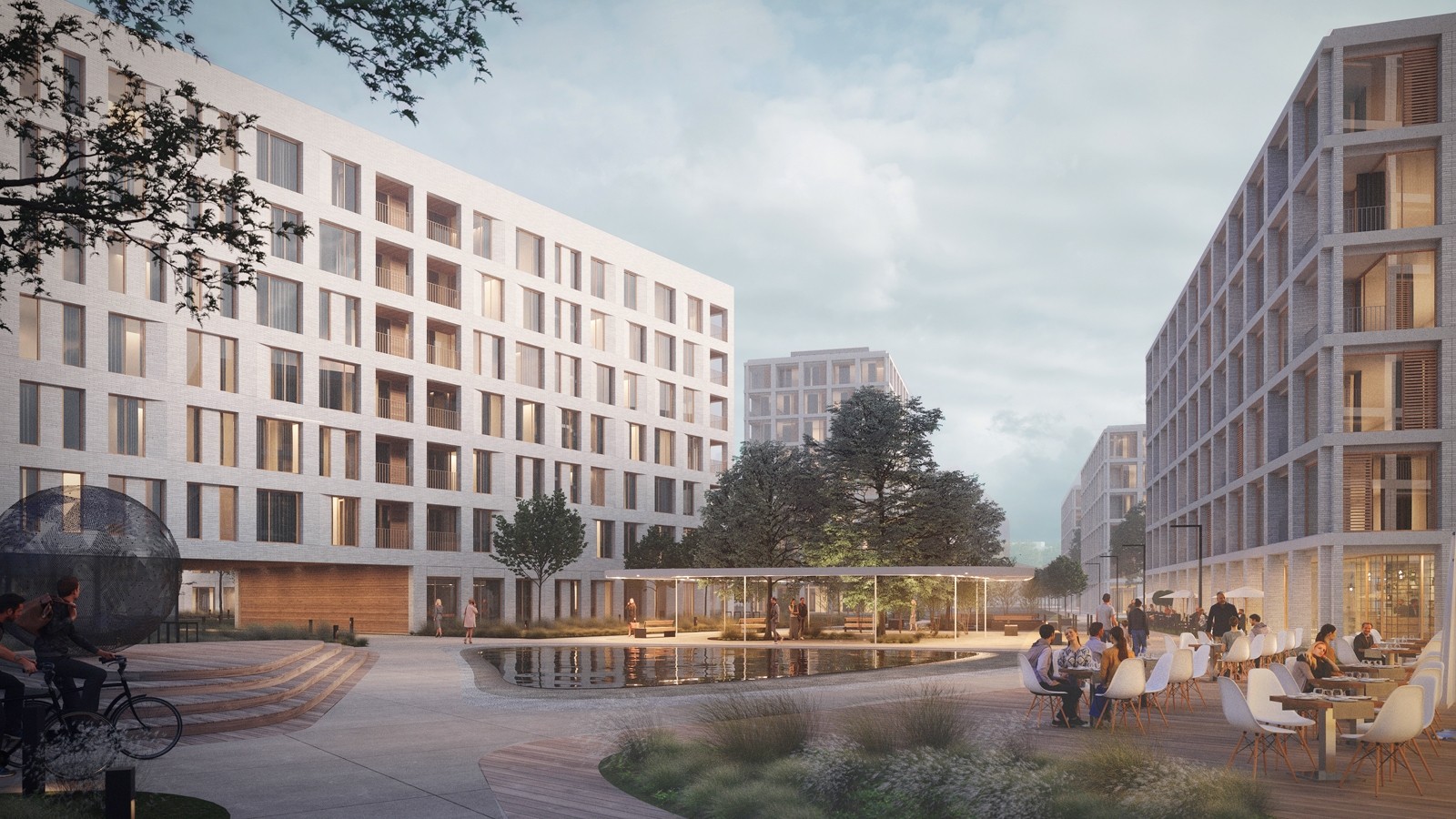 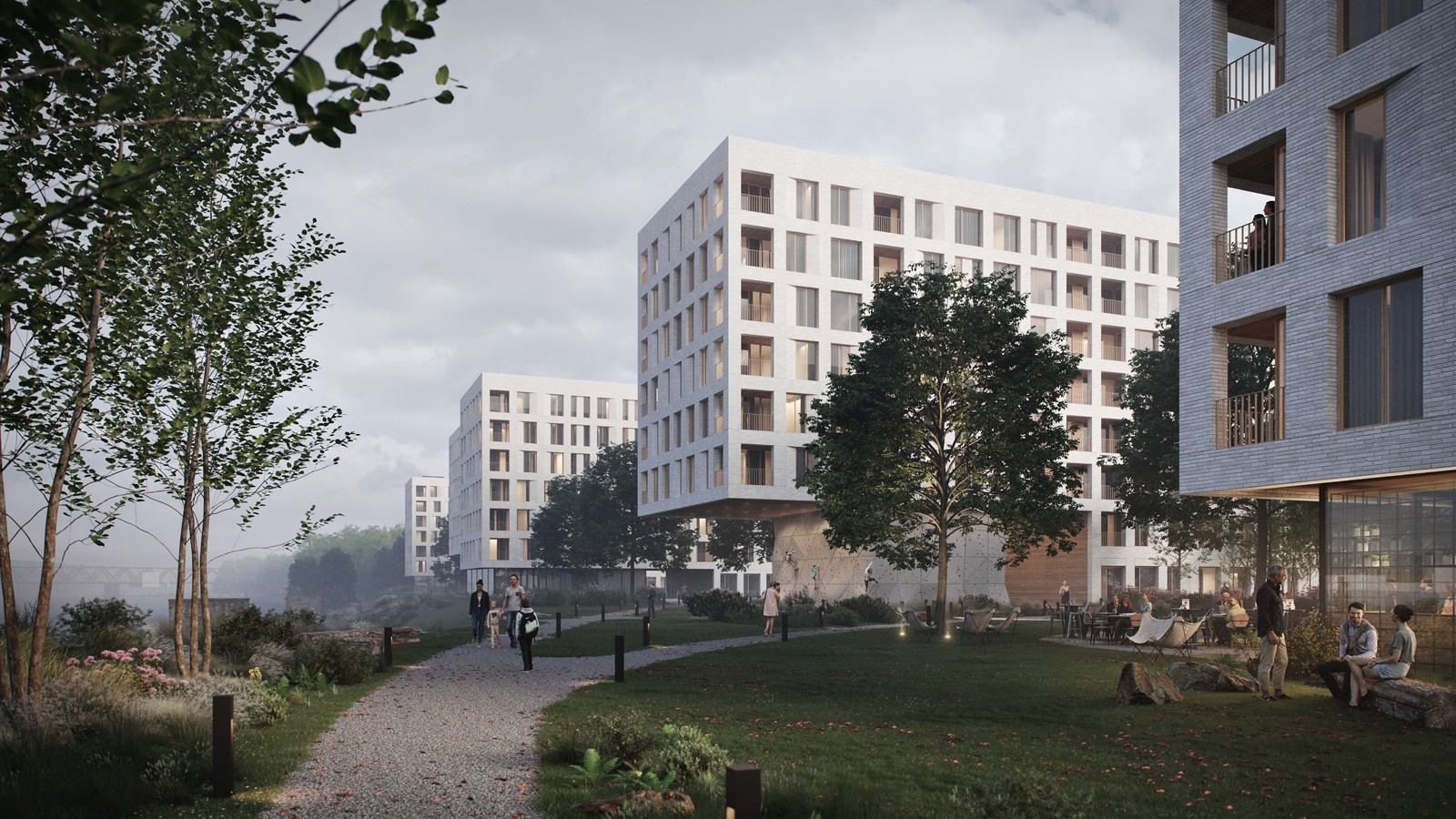 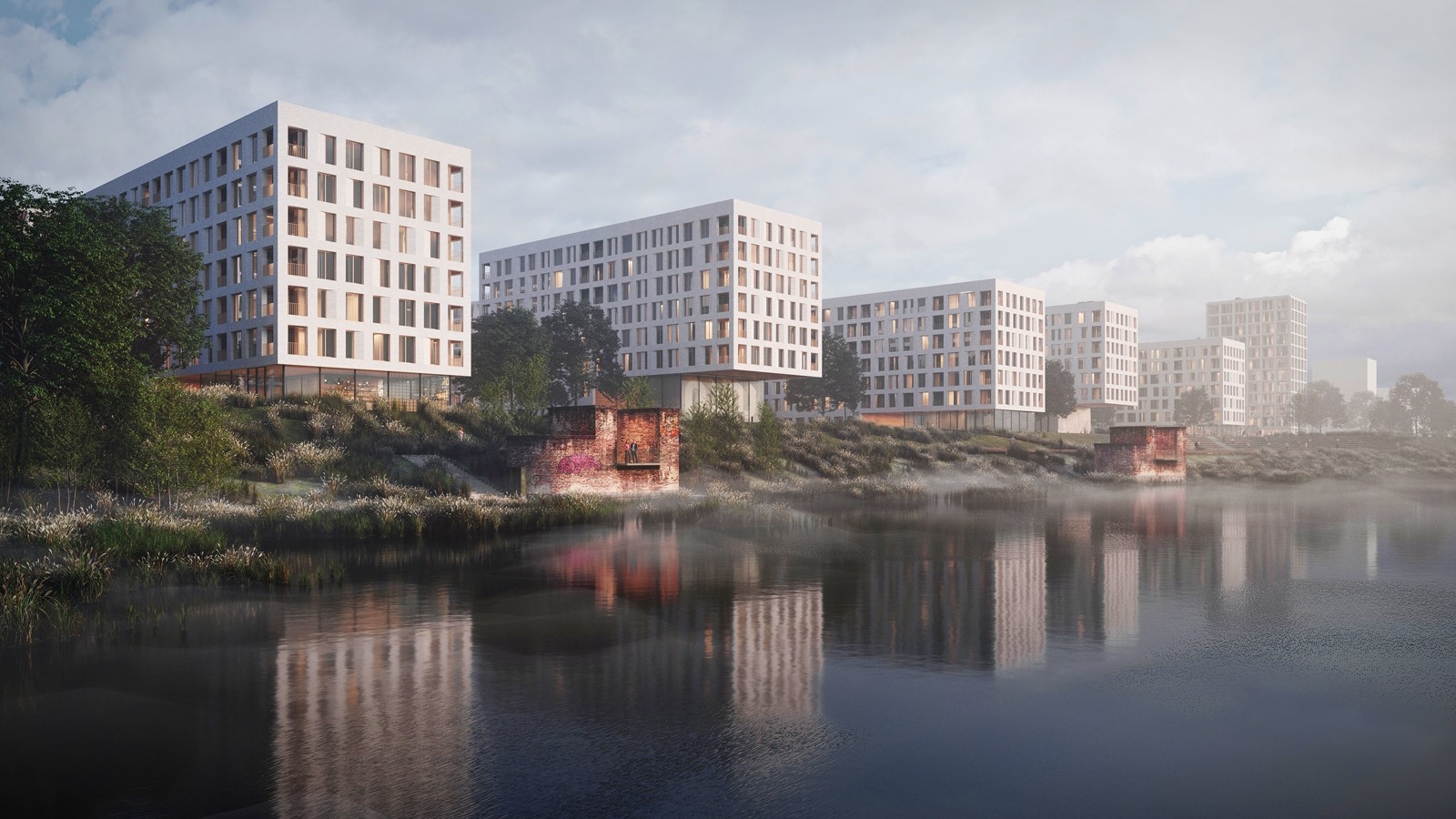 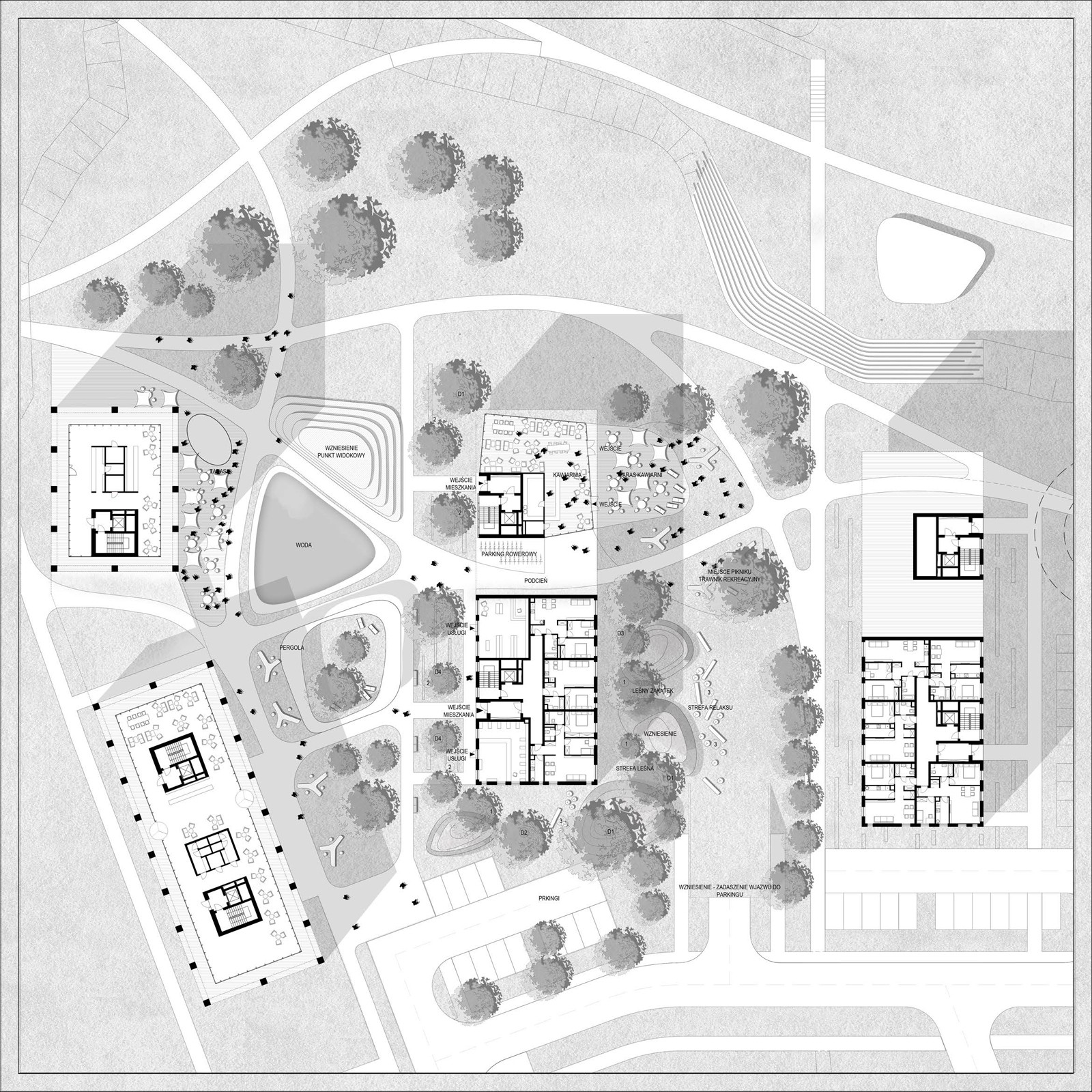 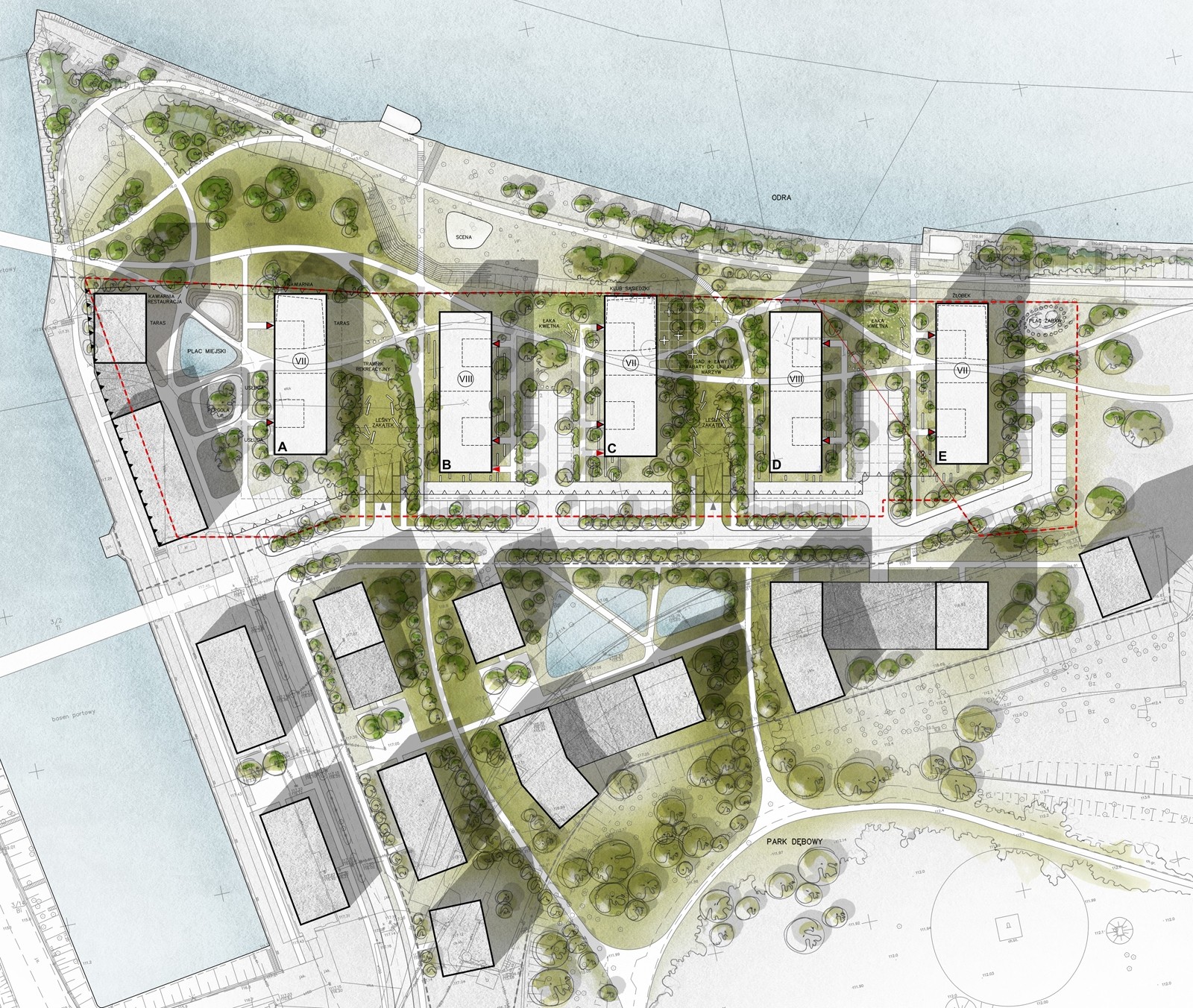 This large urban complex is one of the 3 projects launched as part of the "Mieszkanie Plus" state programme in Wroclaw.
The plot devoted to the study, a former railway wasteland linked to the import and export of coal, stretches from west to east, from Port Popowice to the railway line, along the Oder (one of the main Polish rivers) and borders the northern border of the Popowicki Park.
This exceptional context awaits a major urbanisation around the current port planned as a marina composed of mixed programmes, housing, tertiary, activities.
While the Oder is clearly attractive to future residents, the project also takes advantage of the rear park by designing visual and functional porosities with the river through the regular construction of 5 North-South residential buildings.
The orderly architecture (favoured by the state, its developers and desired by the population) makes its concrete structure clad in white brick a grid of composition with glazed units of various sizes and configurations.
Landscaped pedestrian paths, punctuated by gardens, terraces and ponds, real playful walks, winding between or through the buildings and along the river, connect the entire programme in gentle mode.
This first program of 330 housing units is already under appeal, another one in the south, even more important, to eventually transform the district into a landscaped hypercentre.